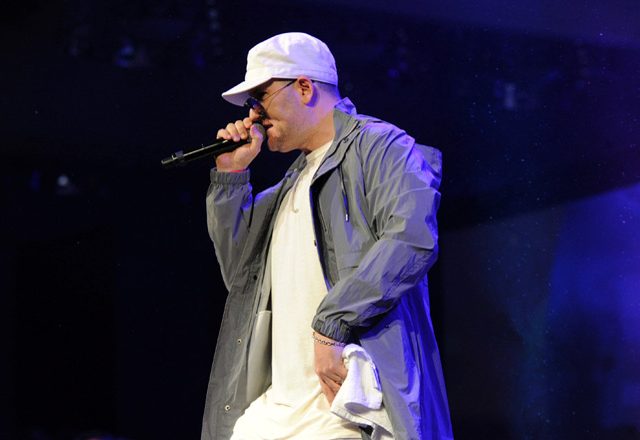 Canadian reggae artist Snow recently sat down with Cryptic Rock for an exclusive interview about the early beginnings of his music career and starting anew with the release of “Informer 2018 (Audiofreaks Mix)”, out now on Radikal Records.

With the release of the newly re-recorded and revamped version of “Informer”, the 90’s reggae hit that skyrocketed to the top of the charts, Snow is celebrating 25 years since its release.  Cryptic Rock asked Snow what lead to the new version of his original reggae single, to which he excitedly replied:

“My managers, Paul and Matt from England, they were talking to me and said, “We have to do that song over, it’s a wicked song and a lot of kids don’t even know about it.” Then Jurgen, from Radikal Records, said, “Let’s do it!” Everybody got together, I did the vocals over, sent them in, and they did all the mixes. It came out amazing and now you can get it on iTunes and such. It was mostly them calling me saying, “Yo let’s do it!” I said, ‘Alright, let’s do it! Boom!”

While it seems that Snow has been laying low to the public eye, he has been hard at work preparing for his music industry comeback in 2018.   Unbeknownst to fans and music listeners everywhere, Snow has various collaborations in the works with accomplished producers and artists that people can expect to hear soon.  When asked by Cryptic Rock about what that may entail, Snow was ecstatic to enlighten them:

I’ve got big songs coming. I’ve got songs with Fat Joe, Michael Rose, Cool & Dre, Kent Jones, and Scott Storch. Before I just took a break and said, ‘I ain’t doing music.’ I got a hammock and laid in the hammock for about, I don’t know, 7 years. That was it, I woke up and said, ‘Let me do another album.’ I got all of them producers and we have some wicked songs coming out. With “Informer,” it is just the 25 year anniversary, then we are going to come with some crazy other songs. Trust me, I have different, other songs.