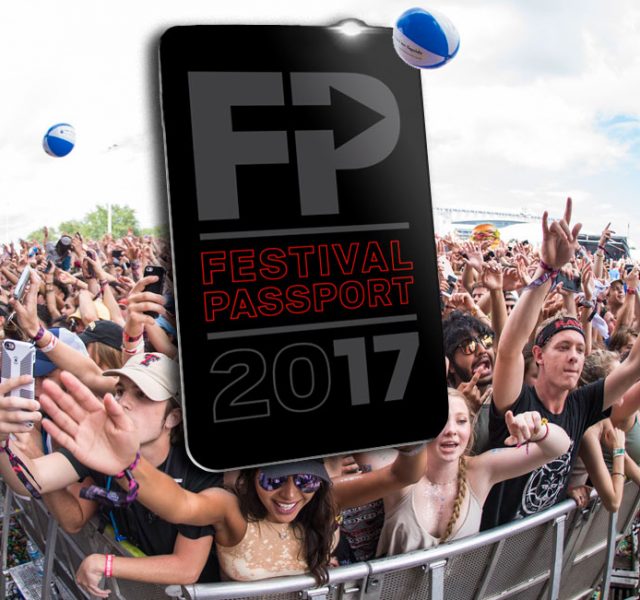 Live Nation Entertainment is changing the game by offering a 2017 Festival Passport to access over 90 music festivals for the first time ever. The pass is an incredible deal since most festivals cost around $300 USD anyway. Numerous big name festivals from North America & Europe will be participating as well as Falls Festival in Australia. This could be the beginning of a new trend to help dedicated festival goers save some money. Take a look below at all the festivals you will have access to via your Festival Passport. The only question now is, who can hit up the most? Time to get to planning! 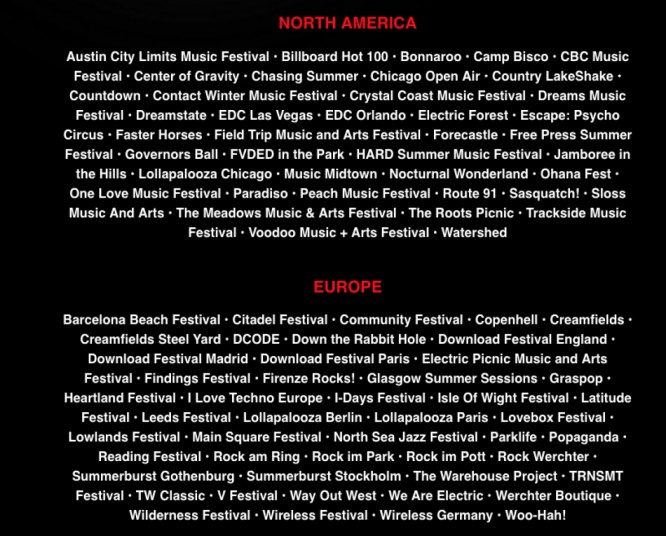 Priced at just $799, the Passport provides GA entrance to any of Live Nation’s over 90 festivals worldwide. Considering tickets to Live Nation-owned events Bonnaroo and Lollapalooza are priced at $349.50 and $335, respectively, before fees, the extra hundred bucks to get into 88 other festivals isn’t too shabby. Some of the big-name festivals included in the promotion are Austin City Limits, Electric Daisy Carnival, Governors Ball, Forecastle, and Sasquatch!, along with European juggernauts like Rock Werchter, Reading and Leeds, Way Out West, Isle of Wight, Parklife, Lollapalooza’s Berlin and Paris editions, and tons more.