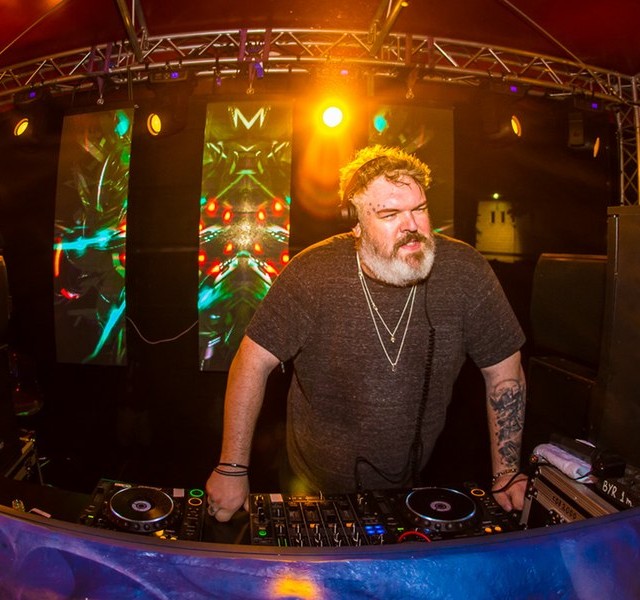 DJ Kristian Nairn is bringing his iconic ‘Rave of Thrones‘ tour to the Bomb Factory in Dallas, on August 13th. He sat down with the entertainment website Guide Live to discuss his upcoming show, his role on HBO’s Game of Thrones, and his long time music career. Nairn discusses how at first, people who knew him as the actor thought he was just another celebrity DJ, however he was able to prove himself in the music world.

Kristian Nairn’s first foray into music was at 3 years old, when, in his words, “my mother threw me at a piano and said, ‘You better learn how to play.'” When he was old enough, the native Irishman graduated to guitar and eventually to DJ decks, touring alongside notables such as the Scissor Sisters and Calvin Harris.

When he first landed his role as the gentle giant ‘Hodor’ on Game of Thrones, most people did not know about his music career, he admits however that he was slowly able to prove himself, “Although I’d been a DJ for 16 years, I was still fairly new on a world basis.”

Despite his years as a DJ, Nairn believes he’s still fledgling as a producer and searching for his signature sound. This is, in part, because of his broad musical tastes. Nairn lauds Spanish house for its piano, Latin house for its tropical, tribal rhythms, American EDM for its chugging bass lines, and Germanic house for its techno edge. But fusing all those elements together can be difficult.

As a curator of beats, though, Nairn is more than capable. He recently started a monthly podcast called 7 Sessions, in which he showcases some of the latest and greatest people and songs in house music.

Nairn brings the Rave of Thrones to the Bomb Factory in Dallas on Saturday, Aug. 13, marking the first time the actor has played in the area. And locals are expected to give him a Texas-sized welcome; with a 4,300-person capacity, Bomb Factory will be Nairn’s largest club performance to date, he says.

Head over to GuideLive.com to read this full interview with Kristian Nairn.

Tickets for Rave of Thrones at the Bomb Factory are available here.