“Lunatics” was written for festivals, long car rides and intense gym sessions. Already confirmed by the Australian Lunar Electric Festival as their anthem, the high energy track is about embracing our inner lunatic and letting loose, perfectly timed for festival season and sure to be a regular in Bombs Away’s live sets.

“The golf ball bounced off a spooky skeleton and ricocheted directly into Shaun’s face, (my friend who happens to run a festival called Lunar Electric) I rushed to his side cringing while i saw the lump on his forehead growing. He looked up at me and said “write a song for my festival”. The ‘Lunatics’ theme instantly sprung to mind but it needed a little more. During the drive home I daydreamed up the image of space pirates flying around with high-tech helmets and chanting sea shanties (well space Shanties). That’s where most of the melody came from.

For the chorus alone, I think I recorded about 60 layers in various voices to try emulate a group of jolly spacemen hopped up on Rocket Rum. After a dozen different versions at different speeds with different sound designs, I eventually ended up with the anthem for all space pirates, Lunatics.” – Bombs Away

Over the last twelve years the world renowned Australian producers have landed platinum records, topped the charts, and toured with some of the biggest names in music. Now with Tommy going solo, Bombs Away show no signs of slowing down. “I’m really excited to show our fans what’s next for Bombs Away,” states Tommy. “I’ve got so many projects, singles, videos, and ideas everywhere and I just can’t wait to start this next chapter.” 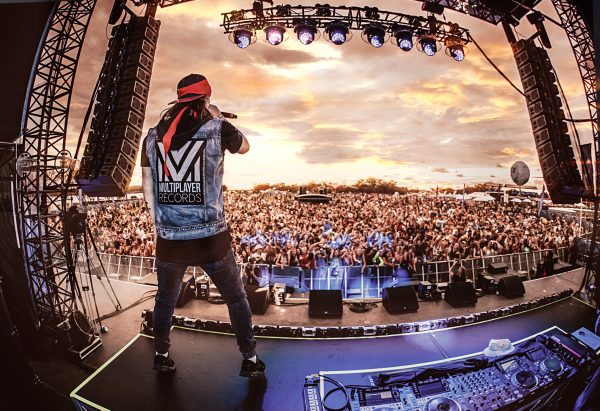 In addition to singles “Don’t You Dare” and “Love Magic” they recently released a remix of label-mate, Maddox Jones’ “Can’t Wait for the Summer”, and a reimagined take on Des’ree’s 90’s hit “You Gotta Be”, the latter of which broke onto the Billboard Dance charts. Bombs Away has plenty of more bangers planned for 2022 – stay tuned.