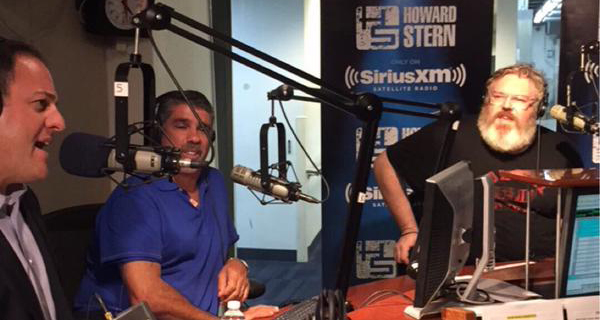 Whatever you do, don’t call his music EDM.

“I think in America you guys are kind of obsessed with the big EDM label,” said Nairn after Jon referred to his music by the broad “EDM” classification. “It’s kinda like rock music. Under rock music, you can classify John Mellencamp [with] Sepultura, who’s like a Brazilian thrash band. You know, it’s so different. […] I play house. […] House is slightly different. You’ll have like real pianos, you’ll have like maybe someone play on a real bass, and there’ll be a lot of vocals and stuff. There’s definitely more of a musical element to it.”

He thought everyone already knew he was gay when he “came out” during an interview with a “Game of Thrones” fan site.

“The thing was, I kind of suspected everyone knew, and sort of mentioned it flippantly. And next thing the internet went on fire, and so it kind of caught me by surprise. …It’s all over the internet. Before that interview went out, it was everywhere. It’s just, if anyone had Googled, they woulda found out. […] [The response] was enormously positive, which I’m incredibly grateful. Obviously you get the odd negative comment, but I’m 39 years old now, it doesn’t really bother me. I’m past that stage of being insecure. But yeah, it was vastly positive, and it seemed to have a positive effect on some of the fans as well. I mean, I’ve had quite a lot of support, and it seems to have made a bit of a difference for some people, and that’s important for me.”

He goes grocery shopping at odd hours and still gets accosted by fans.

“I tend to go [to stores that are open] 24 hours, cause I’m obviously seven foot tall and really hard to miss. And people would follow me about the grocery store, just on the other side of the aisle, and shout, ‘Hodor! Hodor!’ And then disappear when I turned around to look. It’s like mental torture.”

To read more of the interview, visit: HitFix.com

“Up/Beacon (featuring Leanne Robinson)” is available now on Radikal Record via iTunes, as well as stream it on Spotify, Beatport and Bandcamp. Also, you can now listen to Nairn’s July mix on Soundcloud.