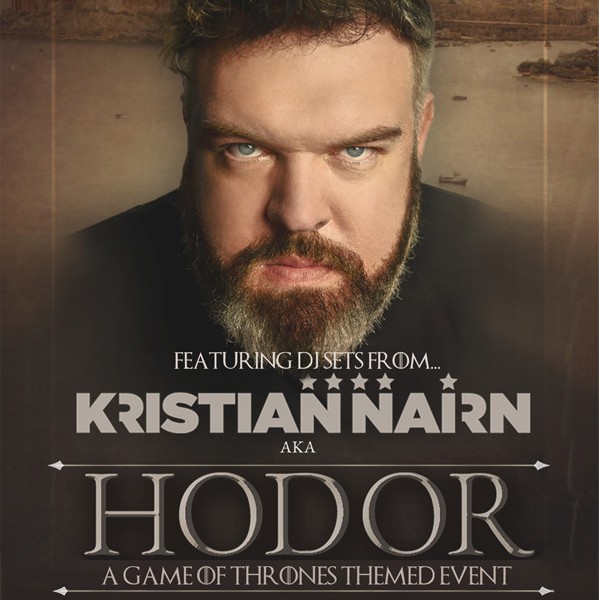 DJ Kristian Nairn, most recognized as Hodor on HBO‘s hit series Game of Thrones, will be bringing his tour, Rave of Thrones, to London on Sunday, March 27th. Joining Nairn will be Finn Jones who plays Ser Loras Tyrell on Game of Thrones. The two will be joined by special guests. Rave of Thrones will be taken place at Bankside Vaults in London. Tickets are still available, click here to get your tickets now!

In case you missed it, check out our exclusive interview with the DJ in our YouTube video “5 Things You Didn’t Know About Kristian Nairn.”