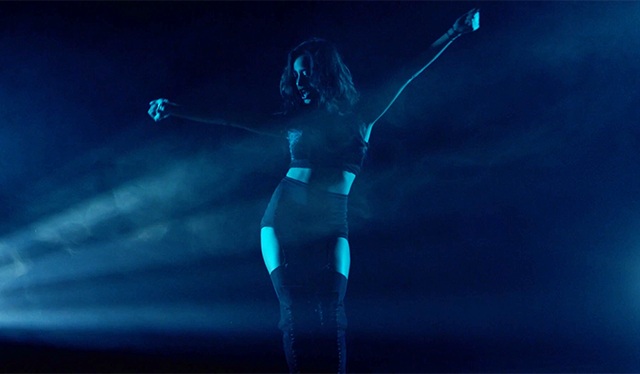 Earlier this year Romanian breakthrough pop artist, Lariss released her brand new self-titled EP in North America on Radikal Records.  The EP serves as compilation of her chart-topping and career-defining singles. It’s the perfect introduction to Lariss’ unique sound with her music fusing the best sounds of dance, pop, R&B and Latin music, making her a rising international success.

The Lariss EP features the high-energy single, “Dropping Da Bomb” which is accompanied by a music video that matches the intensity of the track. Click the player below to watch the video for “Droppin Da Bomb” or watch the video on YouTube:

Lariss made her debut in the Romanian music scene in 2014 with the release of her debut single “Dale Papi”, which was produced by Sergiu Musteata and written with Midiots Production. The single quickly rose to the Top 5 on the Romanian Music Charts. Shazam listed “Dale Papi” as the ‘Most Favorited Song’ in Romania and it quickly reached the Top 10 Sales Chart in Greece. Currently, “Dale Papi” has over 61,000,000 views on YouTube and counting.

After achieving such huge success with her debut single, Lariss released the song “Epana” in 2015, which shows her wild and carefree side. “Epana” was well received by her fans, especially those from Romania, Turkey, Greece, and Bulgaria. Lariss grew her dedicated fan base further with the release of high-energy hits “Droppin da Bomb” and “Lova Boay” in 2016, and most recently “I Love You” in 2017. With the release of the self-titled Lariss EP, Lariss’ North American fans can now enjoy a compilation of the talented pop singer’s greatest hits thus far.