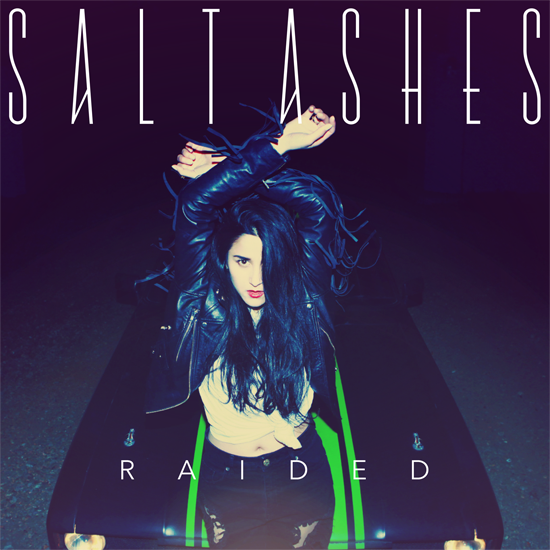 “Raided” sees Salt Ashes building upon her unique blend of synth-pop, but taking her sound in a slightly darker direction. Clash Magazine, who premiered the track, spoke with Salt Ashes about her inspiration behind the single.

“A friend took me to an underground club in Berlin that reminded me of Warhol’s ‘Factory’. Everyone seemed to be escaping the outside world, hiding whatever secret or story they had. I became fascinated by them and tried to imagine what their real stories were which lead me to write ‘Raided’.”

The music video for “Raided” was directed by Debbie Scanlan and Liz Adams of De La Muerte Films, who worked with Salt Ashes on her previous video for “If You Let Me Go.” In an interview with Wonderland Magazine Salt Ashes spoke on the video:

“Raided” is available now for download on iTunes, Bandcamp, and Beatport. The single is also available for streaming on Spotify.