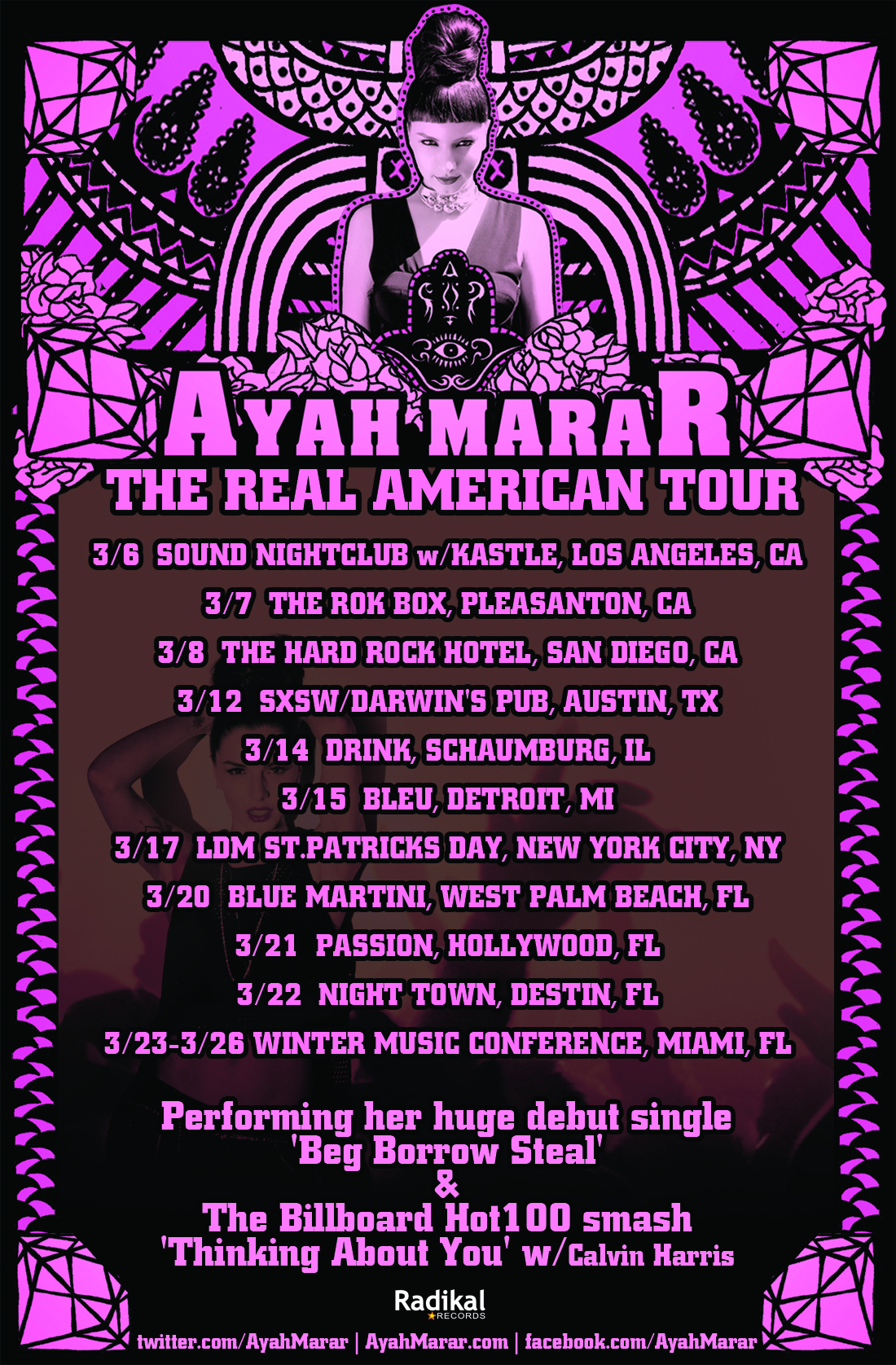 Ayah Marar, the vocalist and writer behind the Calvin Harris Hot100 smash single “Thinking About You” is embarking on her first US tour – “The Real American Tour” Promoting the radio and chart success of the Calvin Harris single, as well her lead US single “Beg Borrow Steal” which debuted in the Billboard Dance Top 50 earlier this year, and also appears on her debut album ‘The Real’

Beginning the first leg of her tour in Los Angeles, performing alongside hot producer of the moment Kastle at his Symbols Label party at Sound Nightclub, Ayah will be making stops in San Francisco, the Hardrock Hotel in San Diego, along with a quick stop at SXSW for a headlining showcase. After a few days down in Austin for the festivities, Mrs Marar will be making her way to the Midwest for a performance in Chicago, and Detroit, to head towards the East Coast for a few days of promo and interviews in New York, to finish off in Sunny Miami for the Winter Music Conference where Ayah will be performing, and speaking as a panelist. See you there!