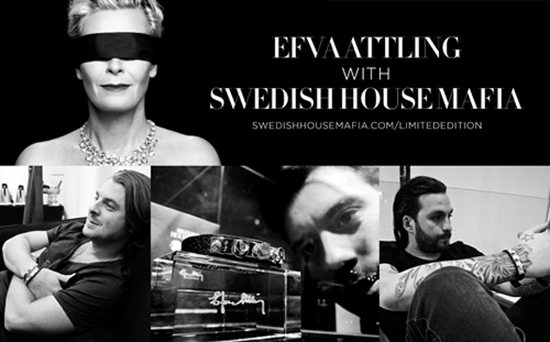 While it will undoubtedly be the end of an era once Swedish House Mafia preforms their last show as a group in the next couple of months, their fans can be comforted by the fact that a designer bracelet is being released in their memory. After meeting legendary designer Efva Attling backstage at the Swedish Grammy Awards, the idea was suggested to make a musical remembrance bracelet for the trio. Made of black leather with a silver plate and the groups recognizable circular logo, with an S, H, & M engraved on it. So, let us know: will YOU be snatching one up?