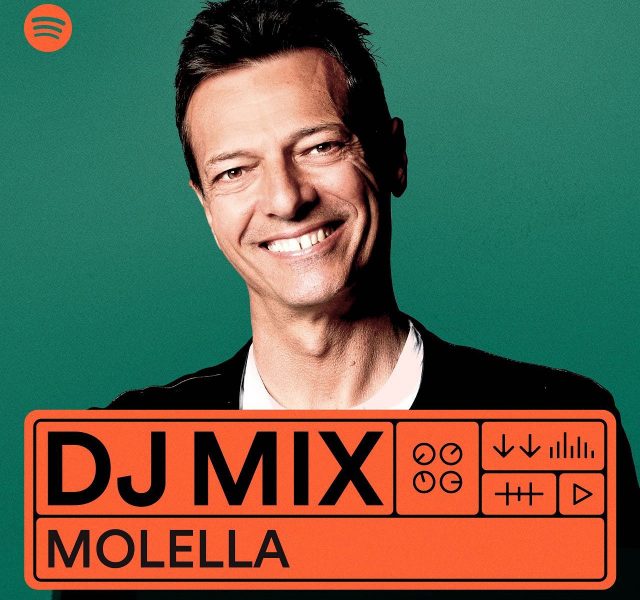 Italian DJ and producer Molella has teamed up with Spotify Italia to deliver an official DJ Mix on the Spotify platform. The legendary DJ delivers the perfect mix of classics cuts and new club bangers. All of Molella’s recent singles are included along with hits from artists like BADDIES ONLY, Tiësto, Don Diablo, Gala and many more.

In 2020 Molella started working with Radikal Records releasing “Starlight & Gold” his dance-pop collaboration with multi-platinum selling singer-songwriter KT Tunstall, and dropping an official remix for RIP Youth‘s debut single “You Love” with Bombs Away and Reigan. In 2021 the DJ released the feel-good collab singles “Just Love” with Devonte and “It’s Alright” with Adam Jaymes. Most recently he dropped “Temptation” and the collab single, “Loco Por Ti” with Biagio D’Anelli and J. Peralta.