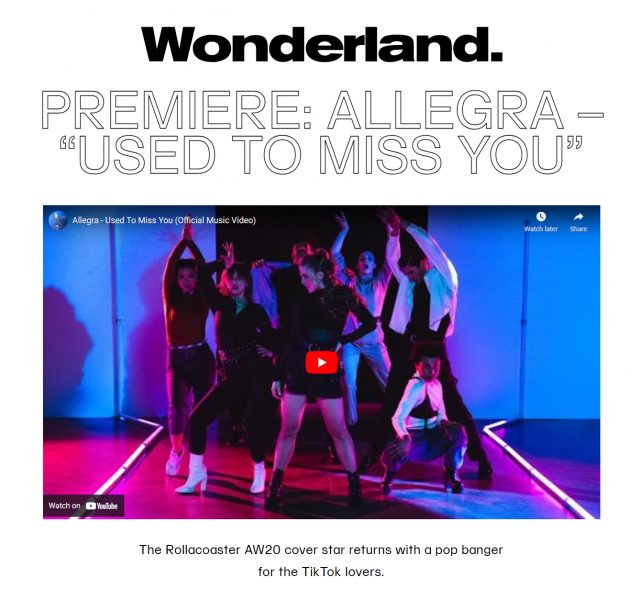 “Making her grand return just in time for summer is Rollacoster AW20 cover star Allegra… Kissing goodbye to toxic people, Allegra’s smooth new track sees the singer close the door on former relationships and encourages others to do the same. Filled with bundles of sass and relatable lyricism, the singer rides an earworm hook so addictive it’s sure to force Gen Z straight on TikTok to create their own viral dance. Allegra breaks away slightly from her previous sound on the track, debuting a more mature sound that reveals not only her growth as an artist, but production prowess.”
– Wonderland 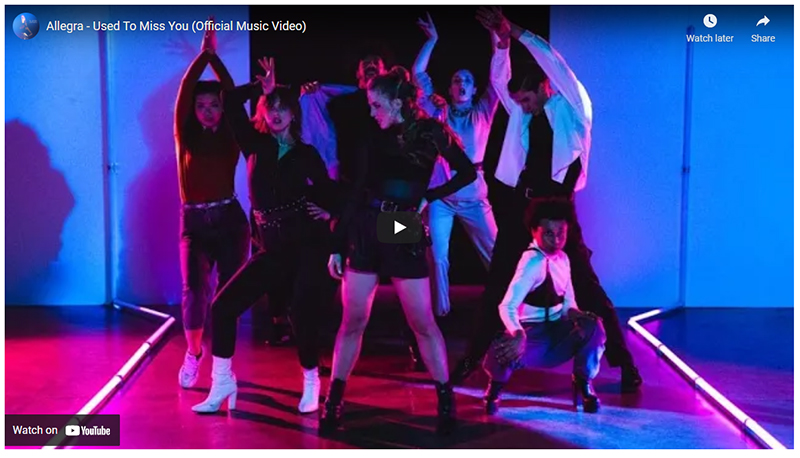 Amassing over 1 million Spotify streams with just two singles (“Do What I Want” & “All About Us”) and racking in 10 million TikTok views, Allegra is blossoming into a superstar-in-the-making. The singer has also secured a remix with Taylor Swift and Rihanna favorite and one of the hottest names in pop/dance, R3HAB. Look for his new mix of “Used to Miss You” – dropping June 4th.

“With this single marking a new chapter for the star, we can imagine big things are coming her way.” – Wonderland

Stream/Download ‘Used to Miss You’