It was Allegra’s obvious passion for music and her desire to create fresh and honest music that caught the attention of some of the industry’s biggest names. Produced by Scott Stoddart of the hit-making Audiofreaks stable (who currently have three songs on hold for BTS), “All About Us”, is a laid back, feel good track filled with positive summer vibes.

“All About Us” is, at its core, a song about two people who overcome adversity and realize that they belong together. It’s a song about negotiating distractions and prioritizing what is important – a sentiment that we could all learn from.

Allegra’s debut single comes accompanied by a bold and dynamic music video that highlights the modernity of this young artist. The derelict and urban aesthetic value combined with the trend-setting styling make for a truly brilliant video that shows exactly what kind of artist Allegra is.

Starting simply with some sweeping synths the track is soon taken up a notch by the inclusion of Allegra’s powerful and yet controlled vocals. “I’m all about you // one hundred percent you is my truth… yeah“, she sings in her characteristically emotive tone. She writes her own material, a rarity for such young talent, which results in tracks that are honest, and performances that are real and raw.

The song continues to build until we reach the climax; a commanding chorus that showcases the real power of this young artist. Allegra, like many of the artists that she admires (Beyoncé, Arianna Grande, etc.), knows her own mind and is intent on releasing tracks with meaning and purpose that are particular to her.

It was at the age 14 that Allegra, and those around her, realized how serious her singer-songwriter ambitions were. She has spent the last two years honing her craft and she is now ready to showcase her fresh new sound. 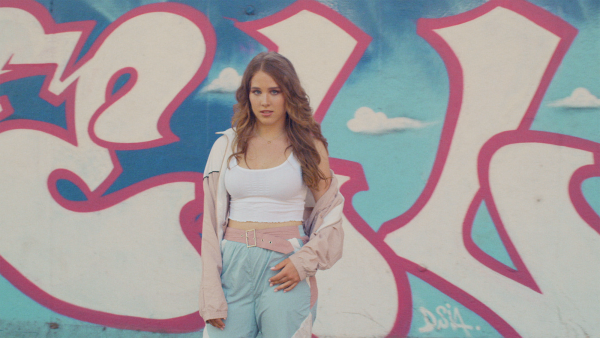 She was in the studio for three days laying down the track alongside pop Svengali Chris Herbert (who masterminded the Spice Girls), and the strength of the single has attracted some of the hottest names from the world of dance music to remix the track.

Allegra’s relationship with music started when she began to play the violin at just 5 years old, she then learnt to play the Piano and it is this musicality that sets her apart from the crowd. Her ability to create and write her own music ensures that the tracks are authentic and true to her, and document her lived experiences.

‘All About Us’ is the first step on a very exciting journey for this rising star.