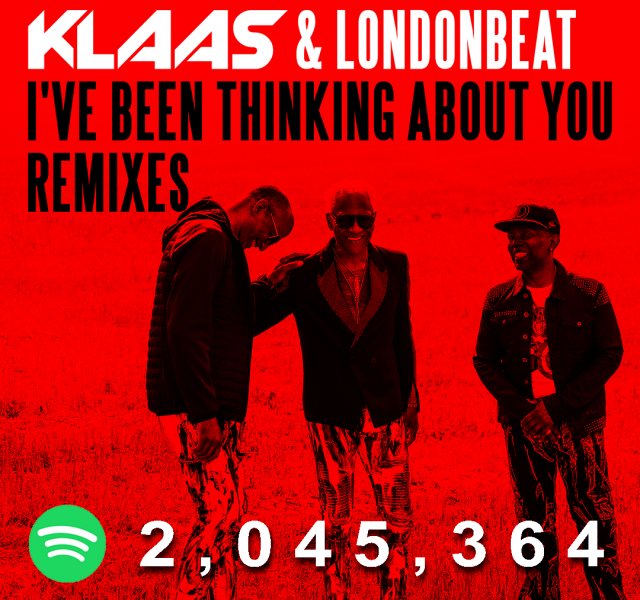 Legendary dance band, Londonbeat and German DJ/Producer, Klaas, surpass 2 Million streams on Spotify with the reimagined mega-hit, “I’ve Been Thinking About You”

After a stellar 14 weeks on the Billboard Dance Club Chart, including a week spent at #1, beating out rising singles from music superstars like Jennifer Lopez, Khalid, David Guetta and more, Klaas & Londonbeat continue to hit major milestones with “I’ve Been Thinking About You”. The 2019 Remix has recently hit 2 Million streams on Spotify, surpassing the original 1990 track!

The original release of “I’ve Been Thinking About You” was a worldwide hit going #1 in 27 countries including hitting #1 on the US Billboard Hot 100, and Dance Club Chart and propelled Londonbeat into international stardom.

Listen to the full remix album on Spotify: