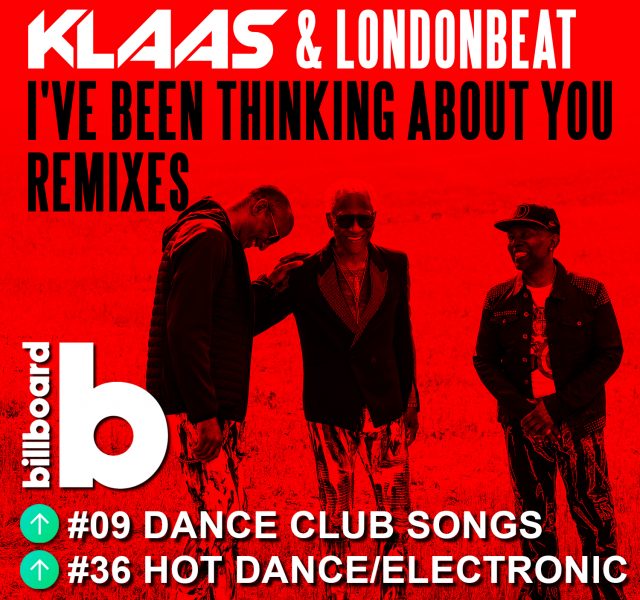 After 6 weeks of climbing the Billboard Dance Club Songs Chart, “I’ve Been Thinking About You” has broken into the chart’s Top 10, as it claims the #9 spot for the week of June 8th, 2019. The collaborative new single from Klass & Londonbeat beat out singles from music superstars like Billie Eilish, Khalid, David Guetta and more. 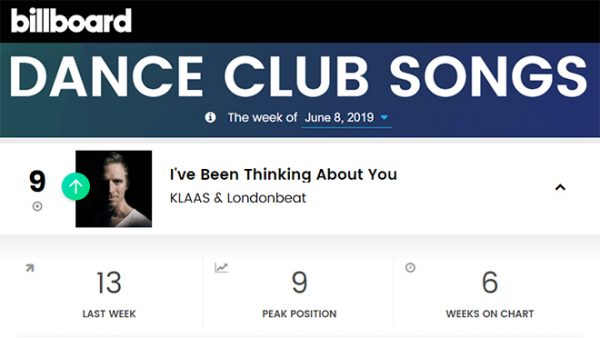 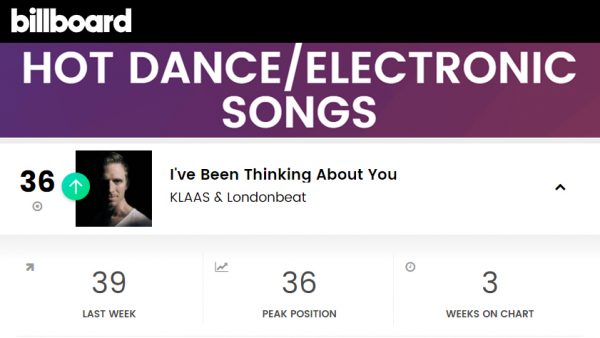 In addition the remix’s chart success, “I’ve Been Thinking About You (Klaas Remix)” has surpassed 1 Million Streams on Spotify! Listen to the full remix album below:

Released in North America on April 5th ‘I’ve Been Thinking About You (Remixes)’ features additional mixes from Grammy nominated music producer StoneBridge and longtime production partner Damien Hall, Boulevard East, Anderson & Thacher and JayDom. The remixers continue to breathe new life into the iconic track with their unique spins on the productions. Click below to stream/download.