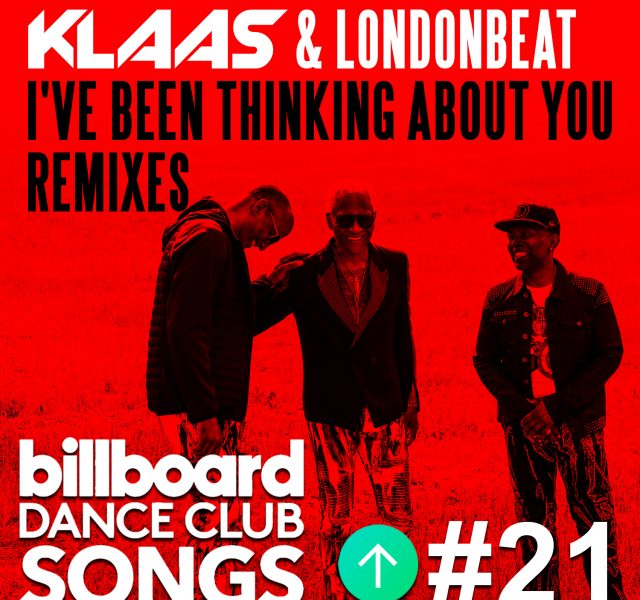 “I’ve Been Thinking About You”, the new remix of the Londonbeat 1990 classic by Cologne, Germany based DJ Klaas, climbs to #21 on the Billboard Club Dance Songs Chart!

After 5 weeks of climbing the chart “I’ve Been Thinking About You” has reached the #21 spot for the week of May 18th, 2019, beating out singles from music superstars like Madonna & Maluma, Calvin Harris, The Jonas Brothers and more.

Click for the full Billboard Dance Club Songs Chart for the week of May 18th, 2019 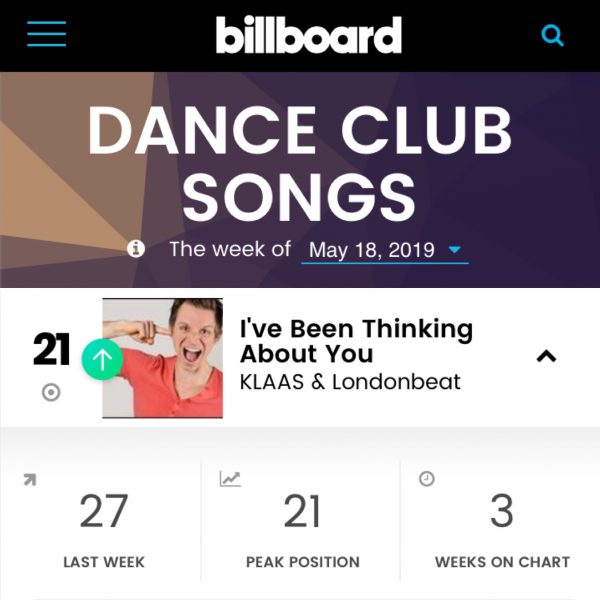