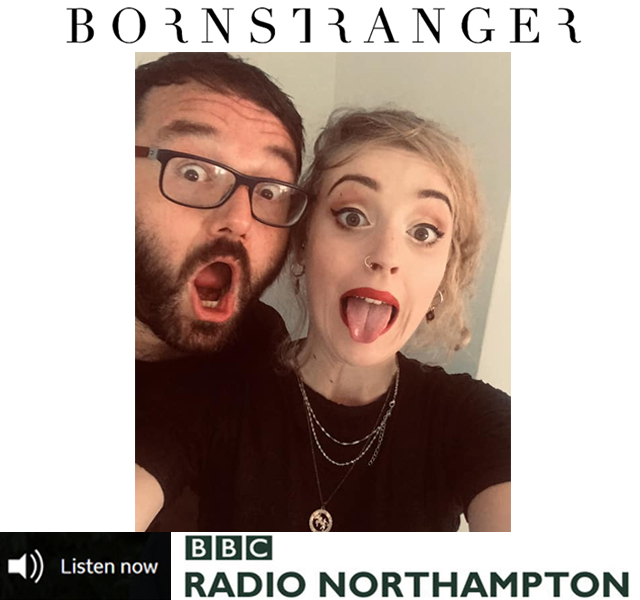 Born Stranger’s radio appearance began with Tim Wheeler spinning his new collaborative single with ADAL, “Like I Mean It,” which was named BBC Music Introducing in Northampton’s ‘Track of the Week’ in May. Following the song Born Stranger discussed the recording process with ADAL and producer Dave Crawford, his relationship with music growing up, and some of his influences.

When asked about his song-writing process, Born Stranger stressed the importance of writing with a purpose:

“I don’t like to write for the sake of it – there needs to be a good concept behind the song. I think good songs tell a story people can relate to it – the listener – in a way they couldn’t have said it themselves.”

Born Stranger was joined in the studio by his girlfriend, Amy Kavanagh. The two artists performed a live duet as they teased an upcoming new track, “No More Ghosts”.

Click the player below to listen to the interview and live performance. (Starts at 1:15:55)

Initially a duo, 2018 saw the superlative pop act Born Stranger be solely defined by David Maddox-Jones, who took the reins solo. With his soulful vocals, stellar songwriting prowess, and a sound characterized by an irrefutably infectious groove, Maddox continues to push his musical boundaries with his forward-thinking vision of pop mastery.

Be on the lookout for plenty of new music from Born Stranger in 2019. If you enjoyed his live duet of “No More Ghosts” with Amy Kavanagh be sure to check out their recent cover of Sia’s Helium below: