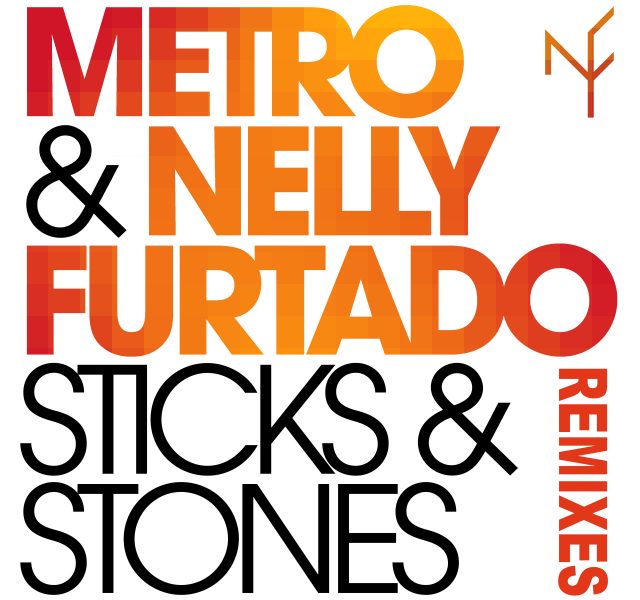 This has been quite the week for Metro and Nelly Furtado! On Tuesday, we announced that “Sticks and Stones” reached the #11 spot on Billboard’s Dance Club Chart. Only a little over one month ago, the track entered the chart at spot #42. We’re only one spot away from entering Billboard Top Dance Music Chart’s top 10 tracks!

Not only are we thrilled about Metro and Nelly Furtado’s Billboard success, but we are also excited to announce the release of the “Sticks and Stones” remix package. Featuring 6 brand new remixes of the song, the remix package includes incredible mixes from artists like StoneBridge, Damien Hall, Bimbo Jones, Manuel Riva, and Cristian Poow. Between StoneBridge & Damien Hall’s “Epic Dubstrumental” and Bimbo Jones’ “Ibiza Club Mix,” each mix has its own unique vibe to compliment each producer’s signature style.

On May 25th 2018, Nelly Furtado and Metro released a remixed version of Furtado’s song “Sticks And Stones” from her 2017 album The Ride. Metro’s brand new version of “Sticks And Stones” came about when Nelly flew to London to collaborate on material for her last album.  She loved their fresh new take on “Sticks And Stones” and recorded her vocal on it right then and there.  While Metro’s new take on the song contrasts that of the production on The Ride— a fun, lighthearted indie pop romp tangled with crunchy synths— Metro’s production re-invigorates the song with a driving house beat and electronic synths that take it back to the 90’s dance era.

Metro & Nelly Furtado’s “Sticks And Stones” remixes are available on these platforms: