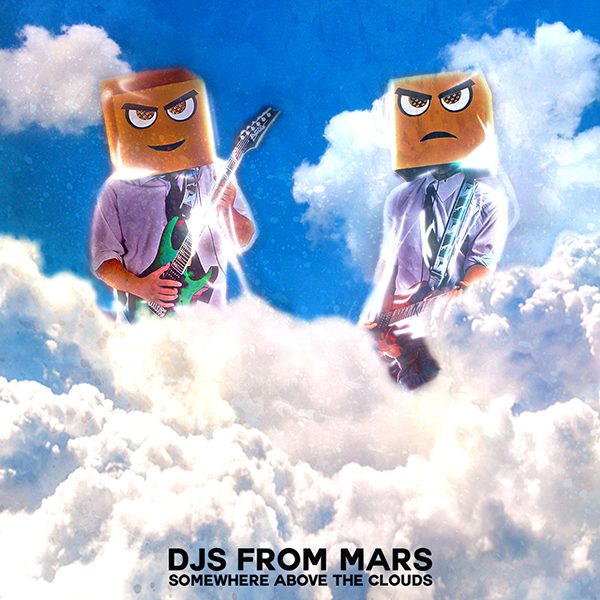 DJs From Mars have come back to Earth to release their latest single, “Somewhere Above the Clouds”. Originally released via Italian dance label, Ego the DJ duo’s new single is a dance-pop anthem perfectly timed for the start of summer. Featuring a strong vocal performance from, Francesca Condello, “Somewhere Above the Clouds” builds upon its bright guitar and piano driven beat and transitions into an undeniably infectious horn-driven hook that will bring you literally, above the clouds.

Watch the official music video for “Somewhere Above the Clouds” directed by Gabor, Marcellø Baldini for Okeah:

DJs From Mars bring the mash-up attitude into Electronic Dance Music, with a 360° style blend of every kind of musical genre and the addition of their “alien” bass-lines and beats. The Italian-martian duo composed of Luca Emanuele Ventafridda (aka Ventafunk) and Massimiliano Garino (aka Aqualuce) got their start by remixing pop and rock hits for fun, and soon became recognized as one of the biggest names in the bootleg scene, with their videos on YouTube hitting over 70 million views and growing.

Touring non-stop across 5 continents in the last 6 years, the martian duo is one of the most booked acts in the whole DJ-scene with a tour schedule of at least 120 shows yearly. Their tracks and remixes have been supported and playlisted by some of the biggest DJs including David Guetta, Carl Cox, Tiesto, Chuckie, Firebeatz, Lost Frequencies, Ummet Ozcan, Laidback Luke, Paul Van Dyk, Bob Sinclar, Vinai and many more.

“Somewhere Above the Clouds” follows up DJs From Mars previous Radikal Records releases of the tongue-in-cheek “Phat Ass Drop (How to Produce A Club Track Today)” in 2013 and “Insane (In Da Brain)” in 2011.