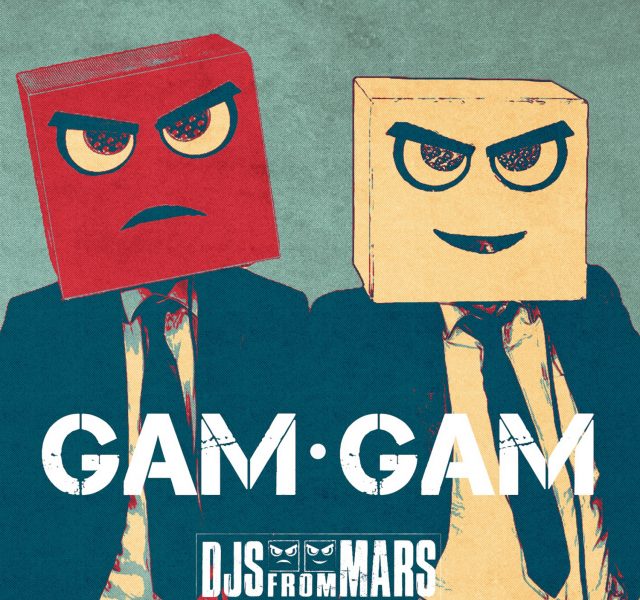 The new DJs from Mars single “Gam Gam” is now available on Radikal Records. The new track is the genre-defying dance music producers’ follow up to the previously released “Somewhere Above the Clouds” earlier this year on Radikal. “Gam Gam” is DJs from Mars’ latest high-energy dance track, which pays tribute to a beloved choral Hebrew song.

Their new single is their dance music version the of the Jewish children chorus song of the same name.  It was written by Elie Botbol, sung during habbat and dedicated to 1.5 million children who lost their life during Shoah. Elie Botbol’s song is also based on the fourth verse of Psalm 23. It is usually sung by schoolchildren on the international Remembrance Day every year on January 27th.

The first dance version of “Gam Gam” following Mauro Pilato and Max Monti’s version in 1994, the martian duo was inspired to give their unique touch to this culturally significant song. The critically acclaimed pair of music producers is ready to play it all over the world to international audiences in clubs and festivals, previously having toured Asia, America and Europe.  Touring non-stop across 5 continents in the last 6 years, the martian duo is one of the most booked acts in the whole DJ-scene with a tour schedule of at least 120 shows yearly. Their tracks and remixes have been supported and playlisted by some of the biggest DJs including David Guetta, Carl Cox, Tiesto, Chuckie, Firebeatz, Lost Frequencies, Ummet Ozcan, Laidback Luke, Paul Van Dyk, Bob Sinclar, Vinai and many more.

DJs From Mars bring the mash-up attitude into electronic dance music, with a 360° style blend of every kind of musical genre and the addition of their “alien” bass-lines and beats. The Italian-martian duo composed of Luca Emanuele Ventafridda (aka Ventafunk) and Massimiliano Garino (aka Aqualuce) got their start by remixing pop and rock hits for fun, and soon became recognized as one of the biggest names in the bootleg scene, with their videos on YouTube hitting over 70 million views and growing.

Stream the new DJs from Mars single below:

“Gam Gam” is available on these digital music retailers: