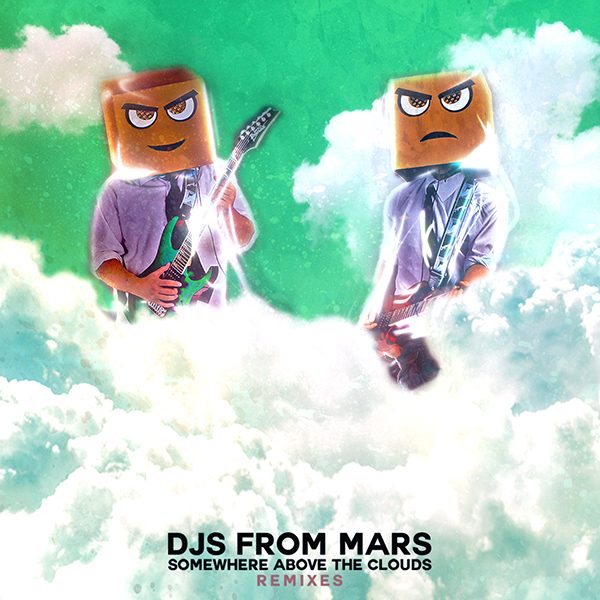 Radikal Records is proud to present the official remix package for “Somewhere Above the Clouds,” the latest single from world-renowned martian duo DJs From Mars. Released in North America via Radikal Records on June 12th, 2018, the new single displays a slight shift in style for the DJs, as they amplify their pop sensibilities to craft a dance-pop anthem perfect for the start of summer. Featuring a strong vocal performance from, Francesca Condello, “Somewhere Above the Clouds” builds upon its bright guitar and piano driven beat and transitions into an undeniably infectious horn-driven hook that will bring you literally, above the clouds.

For the official remix package for the single the DJ duo enlisted fellow Italian producers, Rudeejay, Da Brozz and Hiisak along with Spada from the Czech Republic. These new mixes build upon the original single and take the track in a range of new directions. Rudeejay & Da Brozz’s collaborative mix is powered by a bombastic bass-line ready to shake up any club, whereas Spada and Hiisak chill things out by utilizing vocal samples and effects to create two very different vibes for the single.

Touring non-stop across 5 continents in the last 6 years, the martian duo, DJs From Mars have become one of the most booked acts in the whole DJ-scene, with a tour schedule of at least 120 shows yearly. Their tracks and remixes have been supported and playlisted by some of the biggest DJs including David Guetta, Carl Cox, Tiesto, Chuckie, Firebeatz, Lost Frequencies, Ummet Ozcan, Laidback Luke, Paul Van Dyk, Bob Sinclar, Vinai and many more.

Check out the official music video for “Somewhere Above the Clouds” directed by Gabor, Marcellø Baldini for Okeah:

DJs From Mars’ original single “Somewhere Above the Clouds” is also available on Apple Music/iTunes, Amazon, Google Play and Spotify.