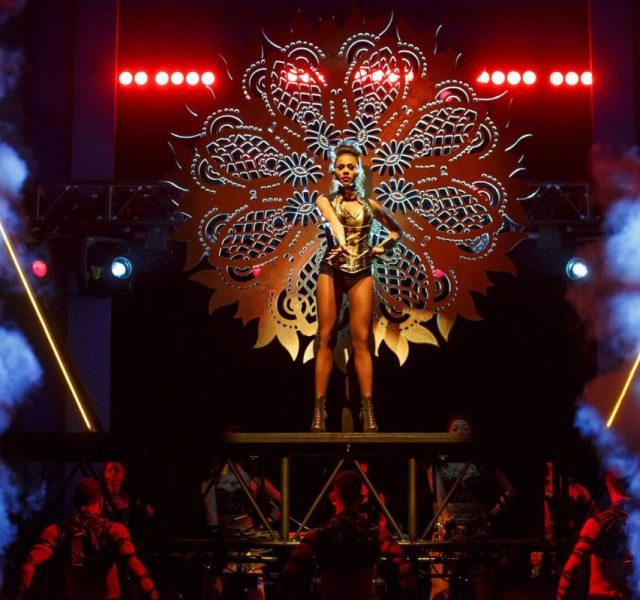 Deborah Cox was met with a standing ovation as she concluded her recent performance of the musical adaption of “The Bodyguard”. The original version of the film starring Whitney Houston was the highest grossing film of 1992.

The play is part of an emerging trend of films from the 90’s being transferred to the theater. While critics were generally not impressed with the content of a movie rehashed for theater, they were blown away by the performances in the show.

“Cox delivers a stunning performance as Rachel Marron, both evoking Houston’s seemingly effortless delivery and adding her own irresistible grace notes. Grace, in fact, is the defining feature of Cox’s performance…” – Colin Dabkowski of Buffalo News.

Deborah will be performing the show through Oct. 29 in Shea’s Performing Arts Center (www.sheas.org). Watch at her visually stunning music video for “Let the World Be Ours Tonight”, directed by fashion designer Marc Bouwer. The video features a beautifully clad Deborah Cox singing her 13th #1 single on the Billboard Dance Club Charts.

You can purchase Deborah Cox’s “Let the World Be Ours Tonight” on all major music retailers: