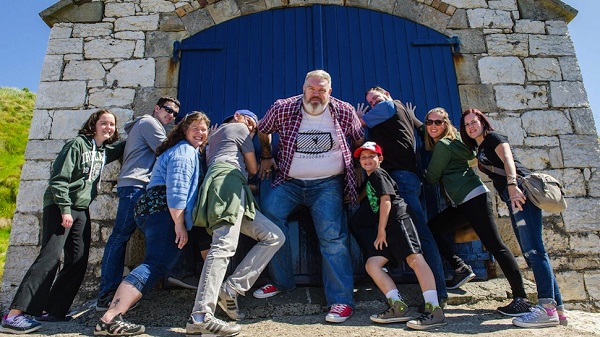 Kristian Nairn Teams Up With TripAdvisor to Surprise Fans

Kristian Nairn, renowned DJ worldwide, has been bringing the dance floor to life for over 20 years. However, he may be most recognizable so his iconic performance as the lovable Hodor in HBO‘s hit series Game of Thrones. The DJ / actor recently teamed up with TripAdvisor to surprise fans who were embarked on a Game of Thrones tour in Northern Ireland. Watch the awesome video that Kristian Nairn shared below:

Had one more chance to #HoldTheDoor. Thanks @TripAdvisor for helping me surprise fans on the #GOT tour in Northern Ireland! #TripAdvisor pic.twitter.com/Ehg1WNwQLA

Have you been dying to attend one of DJ Kristian Nairn‘s DJ Sets or ‘Rave of Thrones‘? Well you’re in luck! The renowned DJ will be bringing his DJ set and ‘Rave of Thrones’ to the United States beginning on July 19, 2017 in San Francisco. Nairn has multiple dates spanning from July to September. Spots include San Francisco, Los Angeles, Las Vegas, Brooklyn, Philadelphia, and more!  Head over to KristianNairn.com to find a date near you.