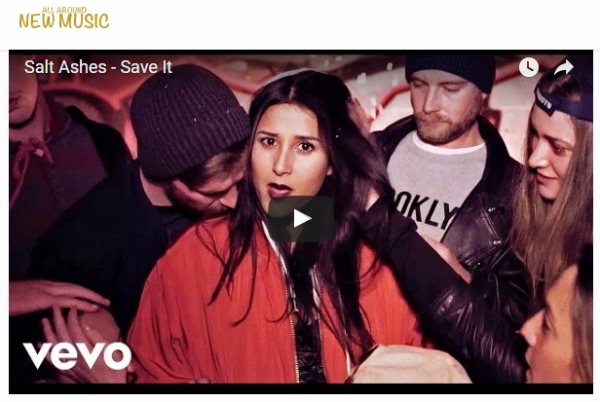 Veiga Sanchez, known by her stage name Salt Ashes, is a Brighton based electronic dark pop artist. She has just released the music video for “Save it”, which is the lead single from her self-titled debut album that was released in July 2016.Directed by Veiga herself and Ian Coulson, the clip was shot in three separate locations in two cities. “The idea behind the video was to contrast scenes of a ritual and a séance, to symbolize others trying to expel our love for each other, with darker, faster paced, scenes of unbinding passion and rebellion against those people” said the singer.

“‘Save it’ is about fighting for a love that others don’t approve of but it’s so etched into your skin and soul that you can’t think or do anything else” Salt Ashes added. “I co-wrote the song with Rob Irving (House of Emeralds) within a couple of really chilled sessions, and the first thing we created was the basslinem, which we fell in love with. After that, the lyrics and everything else flew out pretty quickly”.

For more from All Around New Music, visit: allaroundnewmusic.com