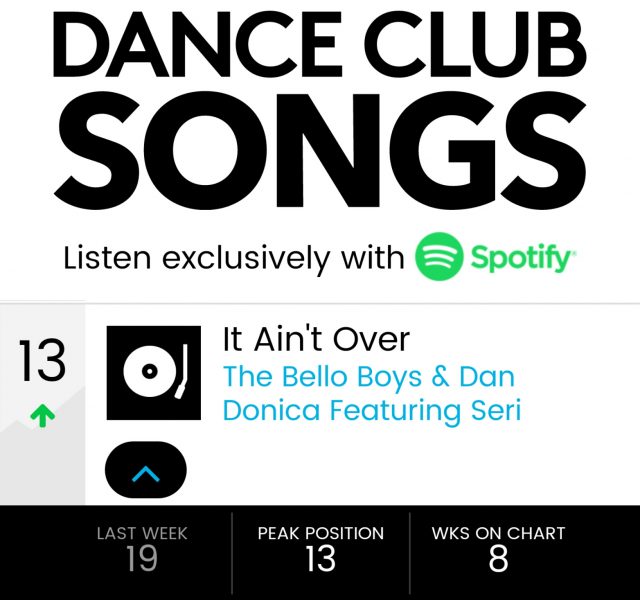 The Bello Boys and Dan Doncia‘s dance floor anthem “It Ain’t Over,” which features the powerful vocals from electronic singer-songwriter Seri, continues to climb the Billboard Dance Club Chart! The single has jumped up to #13 for the week of October 29th, from last week’s position at #19. “It Ain’t Over” is in good company on the chart alongside “Stronger Together” by Jessica Sanchez, “The Girl From Ipanema” by Ana Paula featuring Deborah Cox, and “This Girl” by Kungs vs Cookin’ On 3 Burners.

The Billboard Dance Club Chart represents the week’s most popular songs played in dance clubs, compiled from reports from a national sample of club DJs. Radikal Records would like to thank the DJs and listeners for the continued support of this record. Let’s try to get this single to #1 on the chart!

Stream “It Ain’t Over,” along with the exclusive remix package on Spotify below: