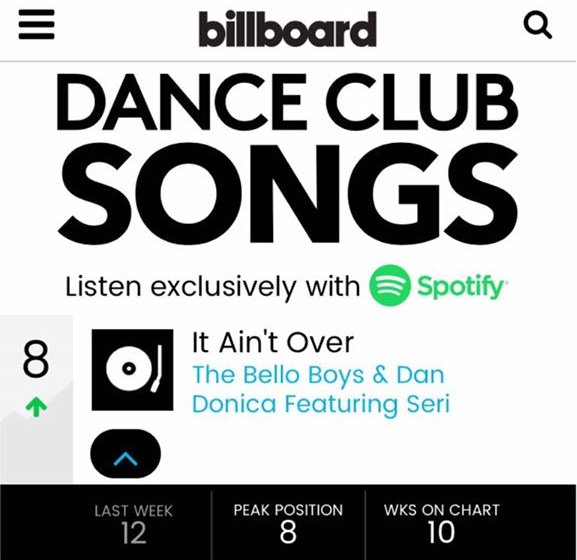 Congratulations to The Bello Boys and Dan Donica for cracking the Top 10 on Billboard’s Dance Club Chart for the week on November 12th! “It Ain’t Over,” which features the powerful vocals from electronic singer-songwriter Seri, has been on the Dance Club Chart for a total of 10 weeks. The single has jumped to #8, from last week’s position at #12. “It Ain’t Over” is in good company on the chart alongside “Closer” by The Chainsmokers featuring Halsey, “My Way” by Calvin Harris,  and “I Love You Always Forever,” by Betty Who.

Listen to “It Ain’t Over (feat. Seri)” on Spotify below: