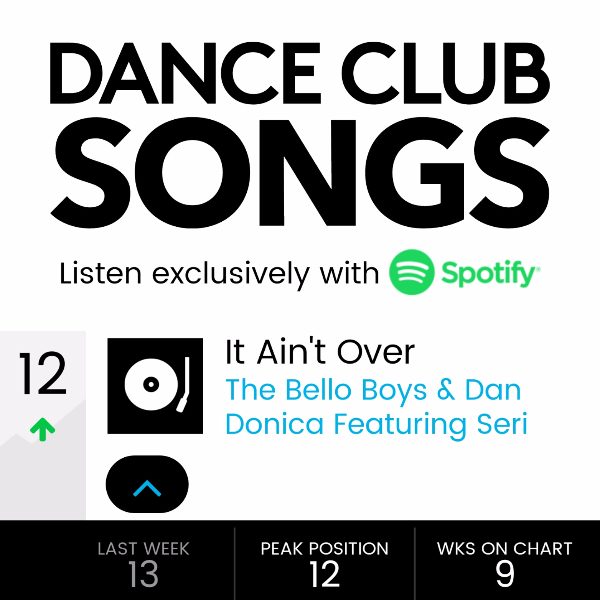 The Bello Boys and Dan Donica‘s dance floor anthem “It Ain’t Over,” which features the powerful vocals from electronic singer-songwriter Seri, continues to climb the Billboard Dance Club Chart! The single has jumped to #12 on the chart for the week of November 5th, from last week’s position at #13. “It Ain’t Over” has been on the chart for a total of 9 weeks. The single is in good company on the chart alongside “Put Em High” by StoneBridge featuring Therese, “In Common” by Alicia Keys and “Rise” by Katy Perry.