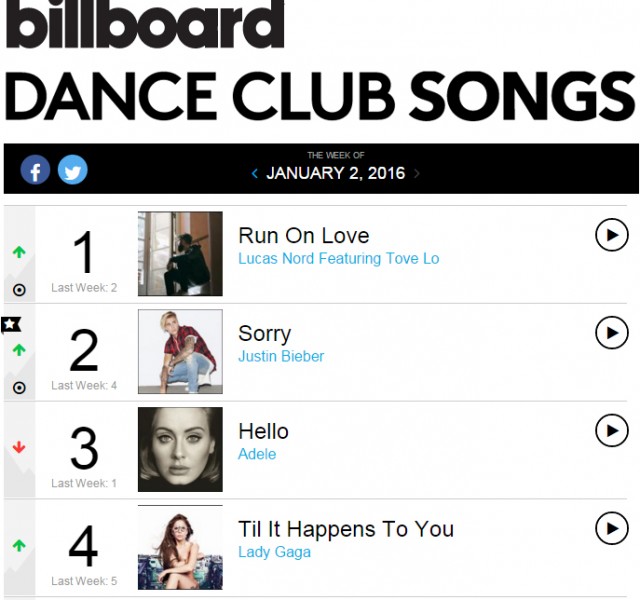 Lucas Nord’s ‘Run on Love (feat.  Tove Lo)‘ has officially become #1 on Billboard’s Dance Club Songs Chart! After eleven weeks on the chart the single was finally able to beat out hits such as Justin Bieber’s “Sorry” and Adele‘s “Hello.”  The single is also charting on Billboard’s Hot Dance/Electronic Songs Chart. ‘Run on Love’ jumped two posts from #25 to #23 this week and has only been on the chart for seven weeks. The single can be found alongside Duke Dumont‘s “Ocean Drive” and Major Lazer‘s “Light It Up.”