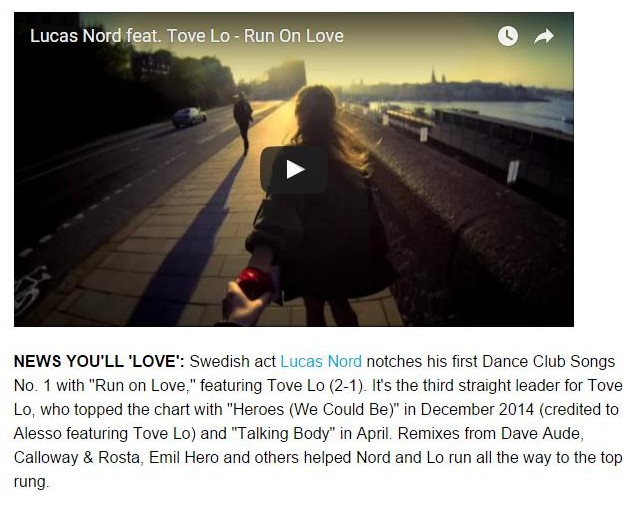 NEWS YOU’LL ‘LOVE’: Swedish act Lucas Nord notches his first Dance Club Songs No. 1 with “Run on Love,” featuring Tove Lo (2-1). It’s the third straight leader for Tove Lo, who topped the chart with “Heroes (We Could Be)” in December 2014 (credited to Alesso featuring Tove Lo) and “Talking Body” in April. Remixes from Dave Aude, Calloway & Rosta, Emil Hero and others helped Nord and Lo run all the way to the top rung.