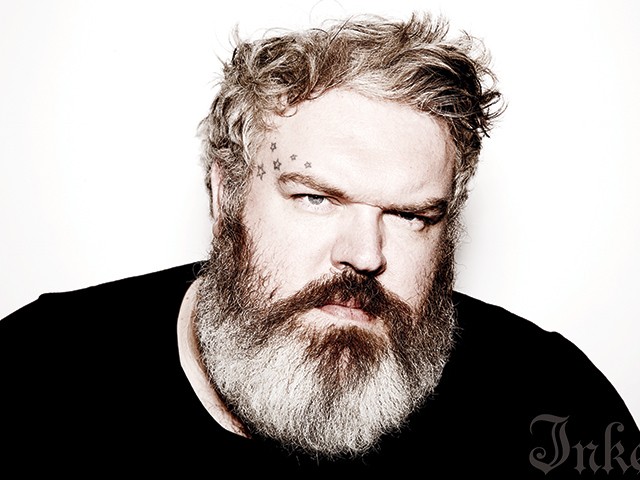 DJ Kristian Nairn, most recognized as the lovable Hodor on HBO’s hit series Game of Thrones, has been featured in Inked Magazine. The feature covers topics from his flourishing DJ career, Rave of Thrones, his many tattoos, and many more. Check out some of the feature below but be sure to head over to Inked Magazine or pick up a print version today!

Inked Magazine caught up with Nairn while he was in New York City for his Rave of Thrones performance at Irving Plaza. Nairn spoke with the magazine about he got into DJing and what he thinks makes him different from other DJs out there.

“I came in because I had a massive music collection and I wanted to share it with people,” Nairn says. “I wanted to share what I felt about music with other people. DJing is a great way to do it, and the fact that you get paid to do it is simply wonderful to me. You need to be able to visualize how you think the crowd will react,” Nairn explains. “It’s like a conversation between the crowd and the DJ—I’ll give them some then I mix it up to keep our energies at a similar level. If I was just playing all the big tracks, all the hits, anyone can do that. They want to hear something that says something about me, hopefully.”

Nairn spoke with the Inked Magazine about his tattoos, of course!

His affinity with nerd culture is written all over his body in his tattoos. It is the portrait on his left arm—a black-and-grey depiction of Sylvanas Windrunner from World of Warcraft—that earns him the most nerd-cred. “She has a very interesting back story. I don’t want to say I related to it because I’m not an undead banshee, but there is something about her story that speaks to me.”Standing in stark contrast to the stars that adorn the right side of his face, most of the tattoos on Nairn’s left side are dark in subject matter. Opposite the undead banshee on his arm is a tattoo inspired by Watership Down—a black rabbit representing death and a line about not fearing the end when it comes. On the back of his neck Nairn has the word “dead” tattooed.

Those stars on his face, the stars that seem to radiate cheer when Nairn grins. They provide a counterweight to all of the darkness wrapped up in his other tattoos. And while his other tattoos are filled with symbolism and meaning, the stars were just the random choices of a 19-year-old. “The funny thing is, well, I was drunk,” Nairn explains. “But I swear on my grandmother’s grave that I’ve never regretted them. It’s just part of who I am now. It’s not Mike Tyson; it’s not like a big fucking claw. It’s actually quite subtle, I love them.”