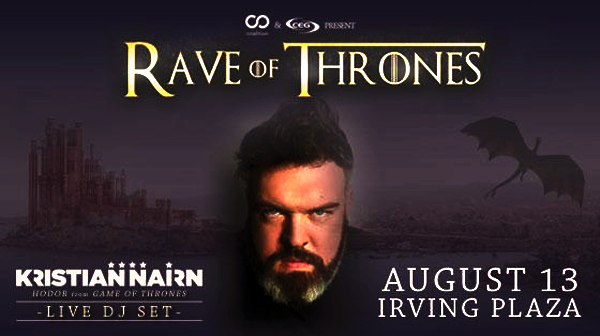 Kristian Nairn, also known as the lovable Hodor in the HBO series Game of Thrones, has an upcoming performance at Irving Plaza in New York City! On Thursday, August 13th, Nairn will spinning live and finishing up his ‘Rave of Thrones’ tour. This is not a show to be missed; to buy tickets click here.

Don’t forget to check out Nairn’s latest ‘June 2015’ deep-house mix on his SoundCloud!