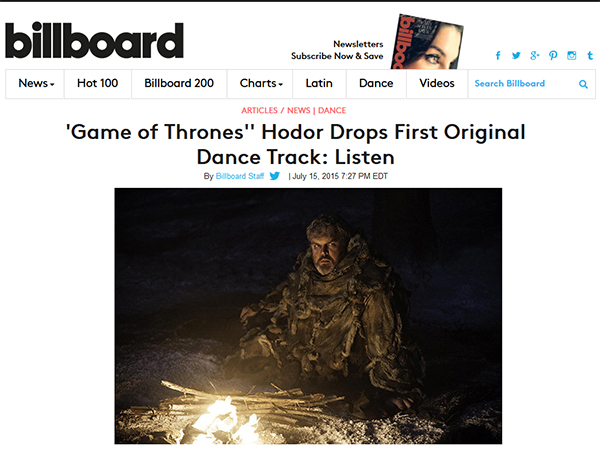 Kristian Nairn, widely recognized as the actor who plays the lovable Hodor on the popular HBO series Game of Thrones, released his debut single ‘Up/Beacon (featuring Leanne Robinson)‘ on July 3rd via Radikal Records. Many may not know that Nairn has been a DJ/producer for well over a decade. His single has been creating quite a buzz in the EDM scene. Billboard has just featured Nairn’s lead single “Up,” which features the dreamy vocals of past X-Factor contestant Leanne Robinson, on their website.

Visit Billboard.com to read the full article.
“Up / Beacon (feat. Leanne Robinson)” is currently available for digital purchase and streaming worldwide. Nairn’s debut single “Up/Beacon” is available now on iTunes, as well as stream it on Spotify, Beatport and Bandcamp.