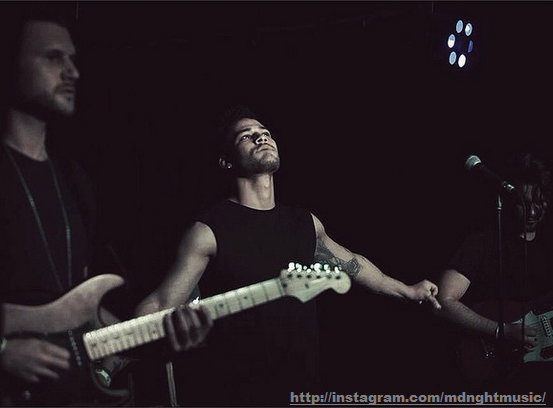 The up and coming house trio from Manchester, MDNGHT, are making waves in their hometown and across the world with their unique vibes and smooth vocals. The MDNGHT trio is made up of Jordan Lewin, Anthony Gorman, and Will Acton. After a set at BBC Radio 1’s Big Weekend in 2014, the trio has quickly been gaining a lot of attention. Foot Asylum caught up with MDNGHT’s guitarist Will Acton, where they learned a little more about the band, their sound, and inspirations. You can read some of the interview below, but make sure you head over to Foot Asylum: The Social to read the full interview.

Foot Asylum:How would you describe MDNGHT’s sound?
It’s always a bit of a tricky one. It’s been described as disco tinged house so I’ll just go with that.

Foot Asylum:What is it inspired by?
We draw influences from everywhere really, but we definitely love some old disco vibes.

Foot Asylum: House is such a big scene all over the world, how far does your fanbase go?
One of my friends text me saying he’d heard one of our songs being played at a full moon party in Thailand which was cool, but we’ve had a lot of love from all over the world.

Foot Asylum: Where can people find you if they want to check out your tracks and find out what gigs are coming up?
We’ve only just started to book shows again as we’ve been so busy recording, but we’re going to be playing the Dot to Dot festival in Manchester on the 22nd of this month. I’m not sure what else I’m allowed to announce just yet but there’ll be a lot more soon.