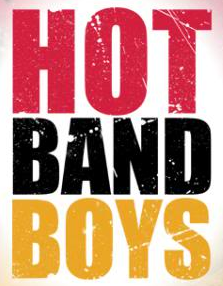 HotBandBoys.com had a chance to catch up with Matt Cardle and speak of his single “Loving You” with Melanie C, his friendship with the pop artist, UK X Factor, and his favorite tracks off his latest album Porcelain. Check out an excerpt of the interview below, and visit HotBandBoys.com to read more!

You did some producing on this song, how long did it take for the whole song to come together?

The song had been knocking around for a long time. I actually began writing it during the recording of my second album almost two years ago. I then saw Melanie at the Isle of Wight festival last year and the song came into my head asa possible duet. After meeting her I thought it would work brilliantly with her if she agreed. I made a rough demo of the song using a female vocalist and sent it to Mel. The rest, as they say, is history.

Can you share with us any funny or interested behind-the-scenes moments from either working with Melanie or working on the video?

I had done a lot of on-set kissing in a previous video. The actress that I was working with suggested we started kissing before the shoot so that we could get used to each others kissing style and although I was taken back at first, it really helped to make things seems as natural as possible. On the day of the video shoot for Loving You I suggested the same thing to Mel in my dressing room before we started shooting the kissing scene. We ended up giggling like a couple of teenagers, but it really worked as I’m sure you can tell in the video!

Who else would you like to collaborate with in the future?

I’ve always said for years and years that I’d love to work with Chris Martin. He’s in from one of the biggest and best bands in the world so I’ll keep dreaming and hopefully one day it will come true 🙂