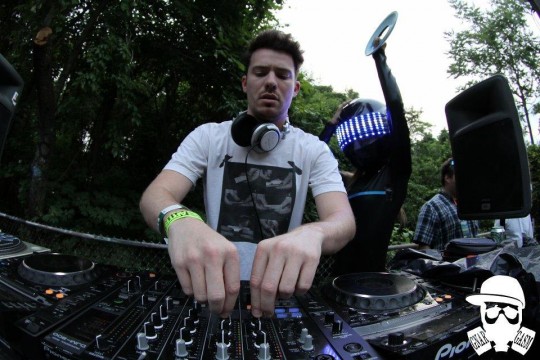 DJ/ Producer Joey Paranoia has kept fans captivated with his amazing sets that feature multiple genres -everything from Hyphy, Electro, Dutch House, Moombahton, and Dubstep. In addition to sharing the main stage with artists such as Afrojack, Skrillex, Dada Life, Datsik, Dillion Francis, and Justin Martin,  Paranoia has also headlined major festivals including Electric Daisy Carnival and Starscape in 2011. His new mixtape, Rain Or Shine … It’s Summertime features the incredible new single from Kevin Doherty and Amba Shepherd, Lifeline. This massive mix also features tracks from Felix Cartel, Gemini, Sander van Doorn, and Dragonette. Be Sure to also check out Candybeats’ amazing interview with Paranoia where he discusses Tupac’s Coachella performance, EDM’s new-found popularity, and his advice for up-and-coming artists.