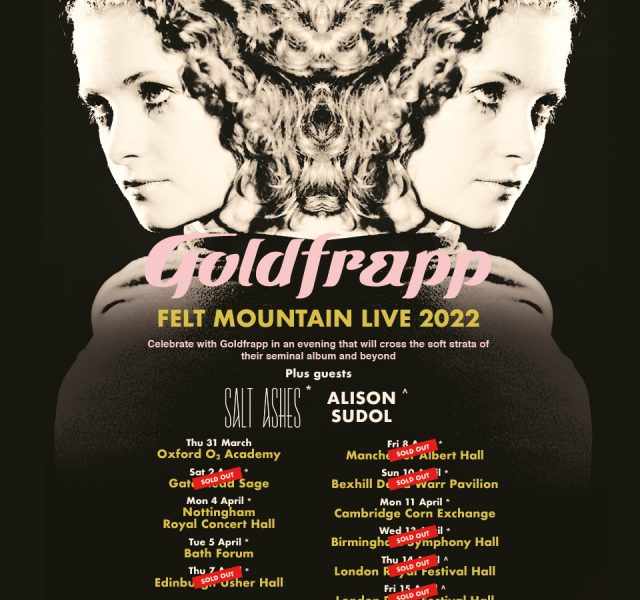 “I’ve been a fan of Goldfrapp since their Black Cherry album so going on tour with them is a total dream.” – Salt Ashes

Limited tickets remain and can be purchased here 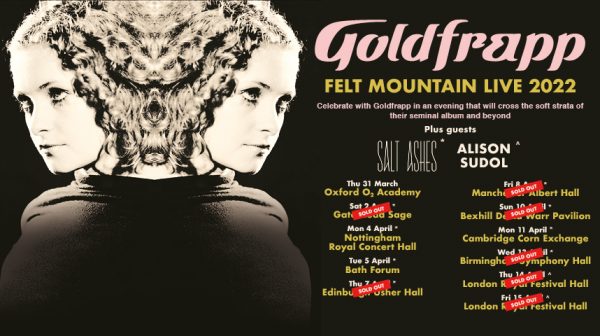 After releasing her sophomore album Killing My Mind on November 5th, Salt Ashes (Aka Veiga Sanchez) has since brought out a stunning remix and eye-popping music video for her latest single ‘Body Says’, building on her fierce dark-pop sound.

On the new album, Salt Ashes explores the relationships in her life, implanting hard hitting, anti-patriarchal messages into pounding dance tracks. Add on top of that Veiga’s empowering vocals and synths inspired by Giorgo Moroder, it’s no surprise that the Brighton born artist is quickly becoming a household name in modern pop.

Speaking of her recent album, Veiga explains: “It’s a journey through the last couple of years so it feels very personal and cathartic…I have to stop myself from crying occasionally as some of the subjects are still very raw. But I love that. It makes me know that I really wrote from the heart on this album.”

Breaking into the scene in 2016 with her self-titled debut album, Salt Ashes has since seen strong support among tastemakers such as Billboard, The Guardian, MTV, Clash and more. Having already toured with other huge names like Tove Styrke, Bright Light Bright Light, and Tiffany, these new available UK dates will bring her pulsing club beats and soaring voice to wider audiences.