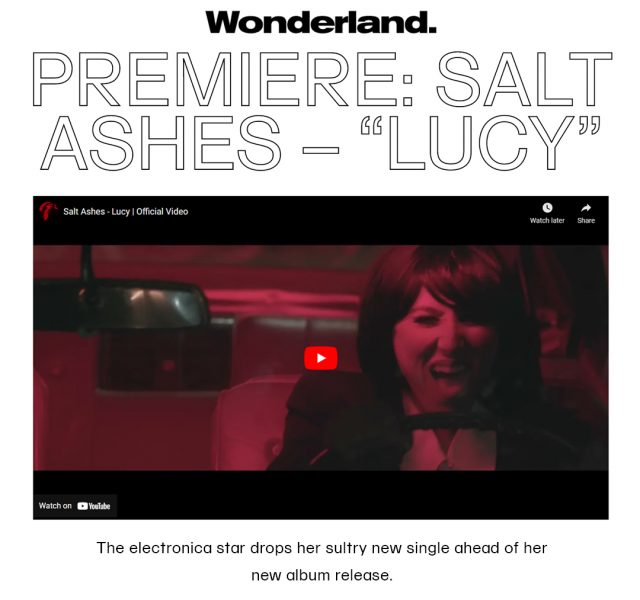 International pop culture magazine Wonderland have just premiered the music video for Salt Ashes latest single “Lucy”. Carrying a hard-hitting message, “Lucy” is a song that speaks out against violence towards women, and is the opening track off the highly anticipated new album, Killing My Mind out November 5th.

Taking inspiration from the works of Quentin Tarantino and Wes Anderson, the music video premiered today by Wonderland is directed by and stars Salt Ashes herself.

Riding a synth-heavy production filled with warming bass lines and tones, Salt Ashes croons over the enticing rhythm and pulls us into a dance-ready soundscape. Tapping into a serious topic for the track, the artist tackles themes of sexual assault throughout the lyricism, while tacking a tongue-in-cheek approach. – Wonderland 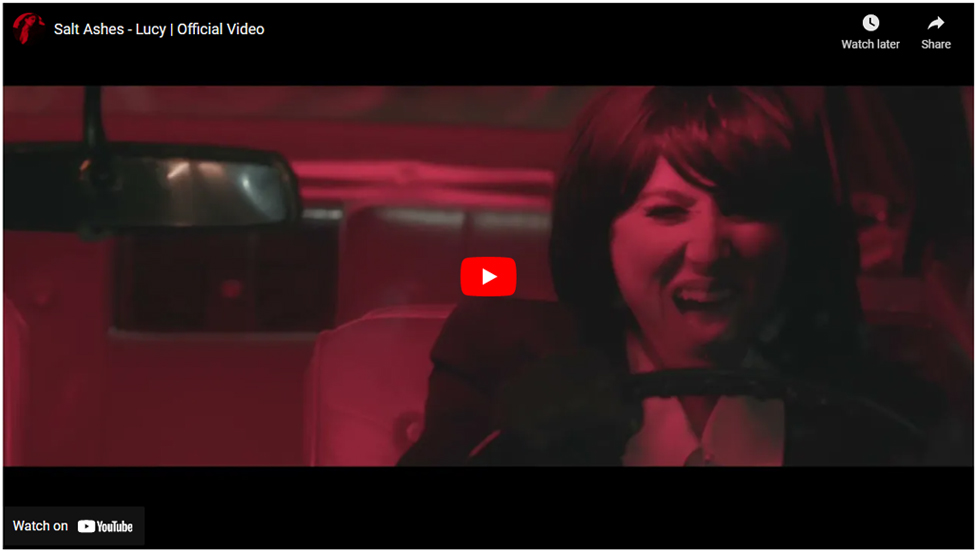 Speaking of the song and video’s inspiration, Salt Ashes said: “I wrote the song after an experience I had at a petrol station when I was filling up my car. A man was opposite me getting his own fuel and was staring at me. I awkwardly, but politely, smiled at him which he took as an invitation to come over and harass me. I apparently “gave him a look” and in his words “what I was wearing was too sexy to not be interested”.

Salt Ashes will be celebrating the release of her new album Killing My Mind with an album release show on November 1st at The Grace in London. Limited tickets are still available.