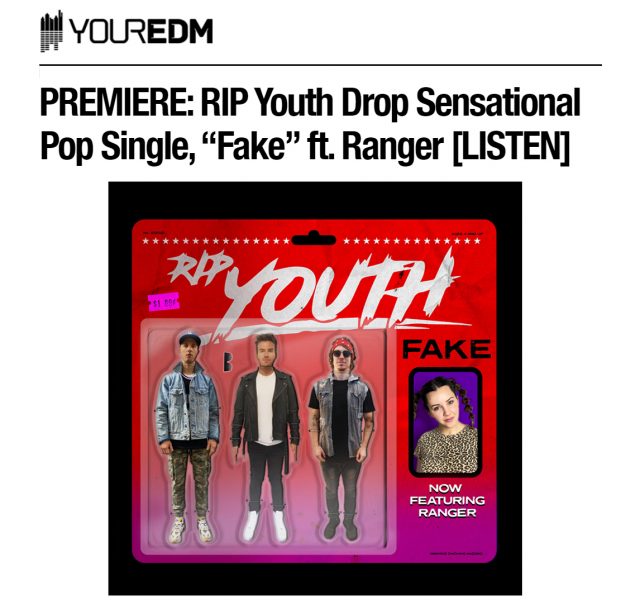 There’s no doubt that the American/Australian trio RIP Youth have tapped into utterly anthemic territory this highly anticipated sophomore single via Radikal Records. …It carries vibes reminiscent of Icona Pop but with RIP Youth’s very own style that can’t help but make you fall in love with it the minute you press play. – Your EDM

Click the Player Below to listen to “Fake” on Your EDM 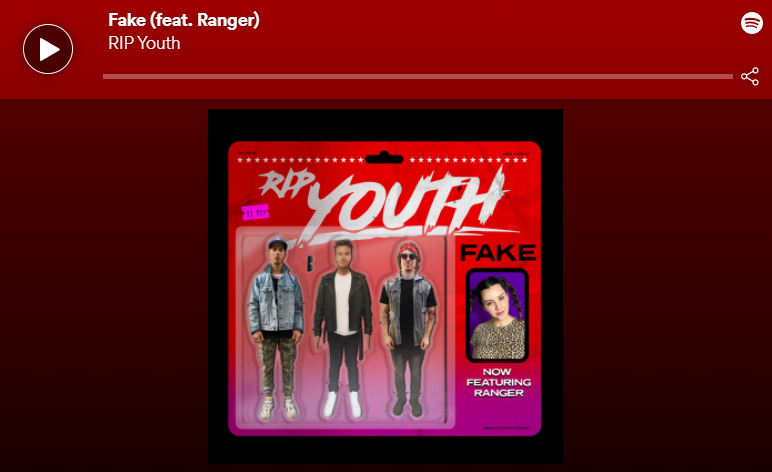 American/Australian production trio RIP Youth was formed by three songwriters with extensive experience in penning hits for other artists, translating their intuitive creativity and widespread connections into a smash new project. Founded by longtime best-friends Dylan Bowes and James Maas, they were joined by Tommy Shades of multi-platinum selling Bombs Away after collaborating with them on their debut single “You Love”.

Featuring vocals from Reigan, “You Love” was quickly praised by the likes of Idolator as a “feel-good bop that effortlessly straddles the worlds of EDM and pop”. Notching over 400,000 streams and significant Australian and USA Dance radio airplay, the track hit #15 on Music Week’s Commercial Pop Chart.

Now with the release of “Fake”, RIP Youth look to continue establishing exciting new highlights in 2021 and beyond. They will be supporting “Fake” with an upcoming music video featuring choreography from Abby Lee Miller (Dance Moms) that matches the track’s high-energy and bombastic production.