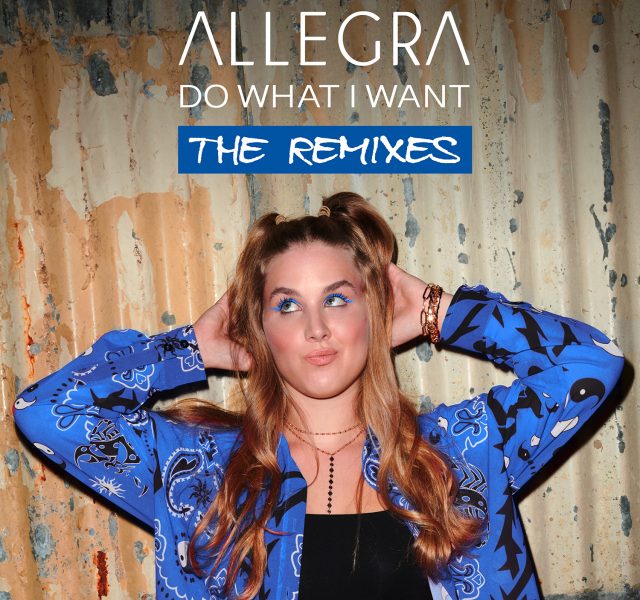 Allegra supports her hit single “Do What I Want” with an official remix package featuring Alex Gaudino & Dyson Kellerman, Block & Crown and more.

Last month UK pop artist, Allegra returned with her second single, “Do What I Want”. Premiered with Wonderland Magazine who calls the track a “feel-good bop”, “Do What I Want” has picked up massive support, landing Allegra the cover of Rollacoaster Magazine, a Record of the Day feature, along with radio support in both the UK & US.

Now Allegra is supporting the hit single with an official remix package, available now on Radikal Records. ‘Do What I Want (The Remixes)’ features new mixes from Alex Gaudino & Dyson Kellerman, LETUSDANCE!, Block & Crown, JKGD and Guz. From bright dance-pop to piano house grooves, the producers all put their unique spin on the original record, creating a release primed for the dance-floor.

Originally produced by Scott Stoddart of the hit-making Audiofreaks stable and mixed/mastered by Grammy Award winning engineer Wez Clarke, “Do What I Want” is an irresistibly catchy impassioned statement of defiance, from a young woman forging her own path in the cutthroat music industry. A musician since childhood, Allegra was classically trained in choir and violin but secretly dreamed of growing up to be a pop star. “I was always in my room, listening to Rihanna and Beyonce and just signing to my mirror,” she tells Rollacoaster.  Signed at 14, she spent a good chunk of her teen years honing her sound and training her voice.  Now, at 18, she’s ready to tackle the mainstream.