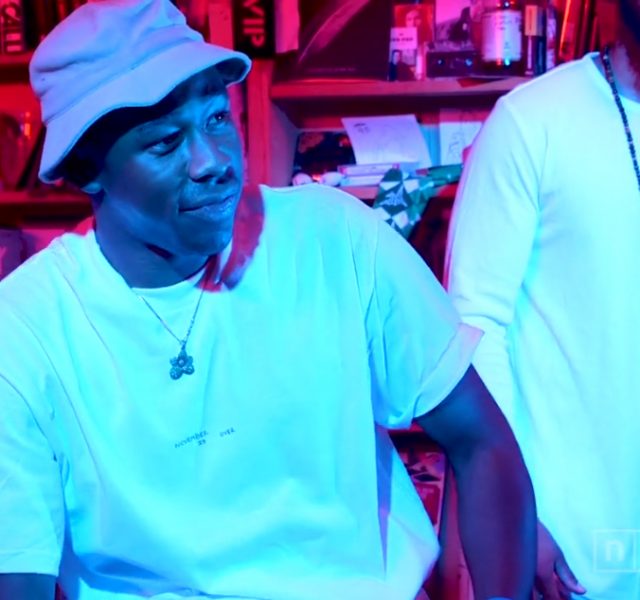 The Odd Future member and his team requested that his Tiny Desk Concert was scheduled for nighttime. Tyler the Creator’s crew arrived a day early to set up the lighting you see in the video. A day later, Tyler and his band took the stage colored by vibrant hues of fuchsia, blue and orange.  His desire to deviate from the norm is reflective of his approach to his newest album Flower Boy, on which Tyler the Creator took a more delicate introspective turn from his previous releases.

Flower Boy was released on July 21, 2017 on Columbia Records and debuted at number two on the Billboard Top 200 Chart. The album was met with great critical acclaim and near-perfect scores from Pitchfork, NME and more music publications. The lead single off Flower Boy, “Who Dat Boy”, was also Tyler the Creator’s highest charting single on the Billboard Hot 100 Chart to date, peaking at number 87.

Stream the Tyler the Creator NPR Tiny Desk Concert below: