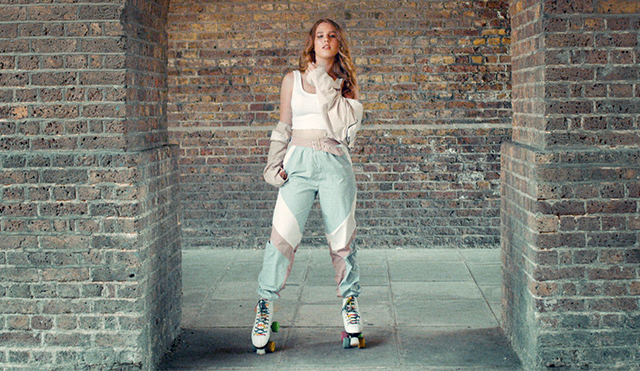 Allegra Releases Official Remixes for Her Breakout Debut Single, ‘All About Us’

Rising star, Allegra supports her feel-good debut single with the release of ‘All About Us (Remixes)’.

‘All About Us’ is the debut single from 16-year-old emerging pop artist, Allegra. With her intense passion and desire to create fresh, honest music she quickly caught the attention of some of the industry’s biggest names. After spending the last two years honing her craft, Allegra is ready to showcase her new sound to the world.

Produced by Scott Stoddart of the hit making Audiofreaks stable (who currently have three songs on hold for BTS, amongst others), the strength of “All About Us” has attracted some of the hottest names in dance music to remix the single. Featuring new mixes from 7 producers, along with an extended club version of the original single, ‘All About Us (Remixes)’ blends a mix of sounds to suit the deepest to the most uplifting of dance-floors.

Up first is a mix from Dutch talent, Luca Debonaire, who is a constant fixture of late in the World’s Top 10 Artists Chart at Beatport and Traxsource. Luca’s house mix amplifies the single’s pop sensibilities creating a sound that would be right at home on mainstream pop radio. Next is a mix from legendary house music duo, Full Intention. The English producers, Michael Gray and Jon Pearn, deliver a driving soulful house groove of the track, perfect for those Defected and Glitterbox style dance-floors.

For a smoother and deeper house take on the single we have remixes from production duo, DASCO and Soulshaker, who both utilize Allegra’s superb vocals to create their mixes’ unique grooves. After chilling things out producer, Dan Thomas, hot off  his #1 Billboard Club Chart Remix for Afrojack, picks things back up with a beautiful slice of progressive house.

The remix package is closed out by ferKKo, also from the Audiofreaks team, and the highly mysterious So Cool Network. Both remixers deliver fresh house mixes with their own unique spins.

Allegra’s debut comes accompanied with a dynamic music video that highlights the modernity of this young artist. The derelict and urban aesthetic value combined with the trend-setting styling make for a truly brilliant video that shows exactly what kind of artist Allegra is.