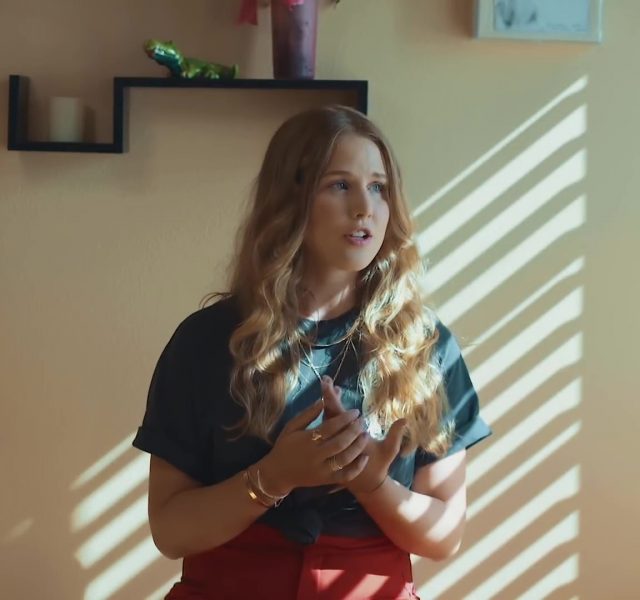 Schneider, a musician and producer, is known for his covers and medleys of popular songs by artists such as Ariana Grande, BTS, and Camilla Cabello. He recently tackled the title track of Taylor Swift’s highly anticipated new album, writing and producing the song without listening to it, and creating an entirely new musical take on the track.

Allegra delivered a dynamic rendition of the Taylor Swift tune, and was featured in the music video, showcasing her natural talent both in the studio and on camera.

Her obvious passion for music is reflected in both her performance of Kurt Hugo Schneider’s “Lover”, as well as on her debut single, “All About Us”, which was released on July 12th on Radikal Records. Produced by Scott Stoddart of the hit-making Audiofreaks stable (who currently have three songs on hold for BTS), “All About Us”, is a laid back, feel good track filled with positive summer vibes.

The single debut comes accompanied with an energetic music video that highlights the modernity of this young artist. The derelict and urban aesthetic value combined with the trend-setting styling make for a truly brilliant video that shows exactly what kind of artist Allegra is.