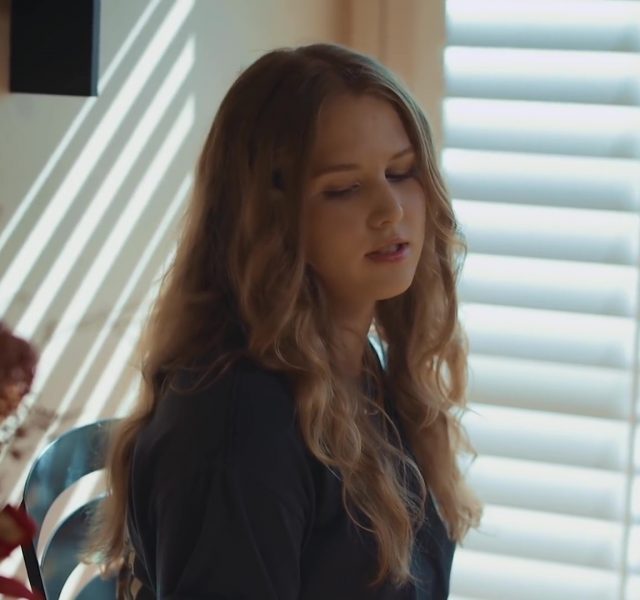 Allegra speaks to iHeartRadio’s David Serero about her influences, her single “All About Us”, and what’s next.

Emerging pop artist Allegra has loved music since she was a little girl. At the age of 14 Allegra and those around her realized how serious her singer-songwriter ambitions were. Since then, she has spent the last two years honing her craft in order to create music that is authentic and meaningful.

On July 12th, she released her breakout debut single “All About Us” on Radikal Records, with a dynamic music video to accompany the track. With the song currently at #36 on the Billboard Dance/Club Songs Chart, and a collaboration with YouTube musician and producer, Kurt Hugo Schneider, at nearly half a million views, Allegra is certainly making an impactful debut.

She reflected on her journey so far with David Serero of iHeartRadio’s ‘The Culture News’ about everything from the meaning behind her debut single “All About Us” to her goals for the future.

When asked about her influences, Allegra told Serero that “My biggest inspiration is Beyoncé”, stating that she “really works hard to put out the right messages [of female empowerment to young girls]”, which is reflected in her own desire to create relatable and meaningful music.

Regarding the recording process of her debut single, “All About Us”, Allegra mentioned:

“It took a while because we wanted it to be perfect… it was the first thing [people] would hear from me, personally, as an artist, so it was very important that we would get it right…”

Watch the official video for Allegra’s “All About Us” below:

Allegra also mentioned that she is grateful for the support she has from both her team at Audiofreaks, as well as her family who “…always want to listen to more and listen to my new songs”

She wrapped up the interview by speaking about the meaning of the single:

Listen to the full interview with David Serero of ‘The Culture News’ here.