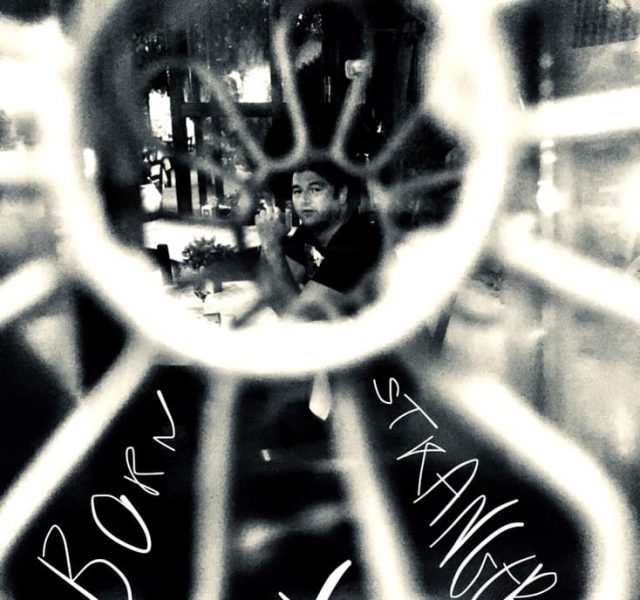 Radikal artist Born Stranger recently had an interview with music site New Boots Magazine.  Created to support the Northampshire music scene in the UK, the magazine asked Born Stranger, also known as Maddox Jones, about his beginnings and the inspiration for his brand new electronic music project.

NB: After the dissolution of The Departure you started NewISlands in London, before settling into Born Stranger.  How did the final transition to Born Stranger come about?

BS: Hi there! Well, when Newislands disbanded it was clear that me and Raife, the drummer in Newislands didn’t want to stop making music together. It was around the time that Hurts were coming out as a two piece and I think it inspired us to go it as a duo rather than having a conventional band set-up. Me and Raife worked together for 10 years [including his time in Newislands], and it was only the start of this year when Born Stranger became my solo project. Raife is pursuing more of a DJ.producer path with his partner Kelda.

Born Stranger set out to make a statement with “Last Night on Earth”, emphasizing the importance of living every day like it’s your last.  When asked about the origin of his debut single as a solo act, he detailed what inspired the track and how its production took place:

BS: “Last Night on Earth” was written about a friend of mines house who sadly isn’t with us anymore. The world has lost a few amazing people recently that were seemingly happy on the surface but battled with depression on the inside. “Last Night on Earth” is about living in the moment, being there for each other and celebrating humanity. We used to work with this French producer who was Yoad Nevos’ assistant called Anthony Chivers. He came up with the original beat and guitars and we wrote the melody over it. IT has evolved over time and I am buzzing with how its turned out.

To learn more about Born Stranger, read his interview on New Boots Magazine in full here.