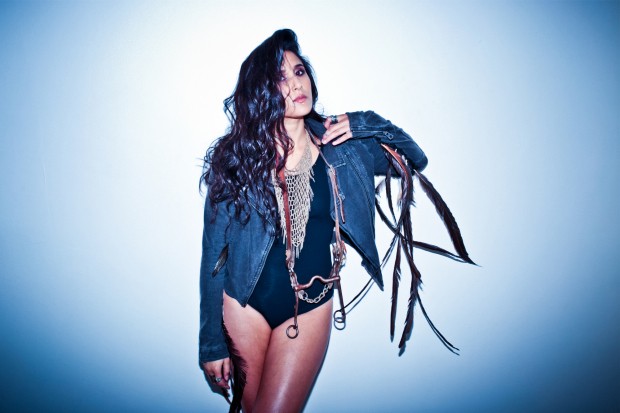 Music on Facebook recently featured Radikal Records artist Salt Ashes as their #FBArtistoftheDay (Facebook Artist of the Day) Wednesday, September 12th, 2018.  Run by Facebook, their official music page spotlights musicians who are using Facebook as a way to communicate with their fans creatively. 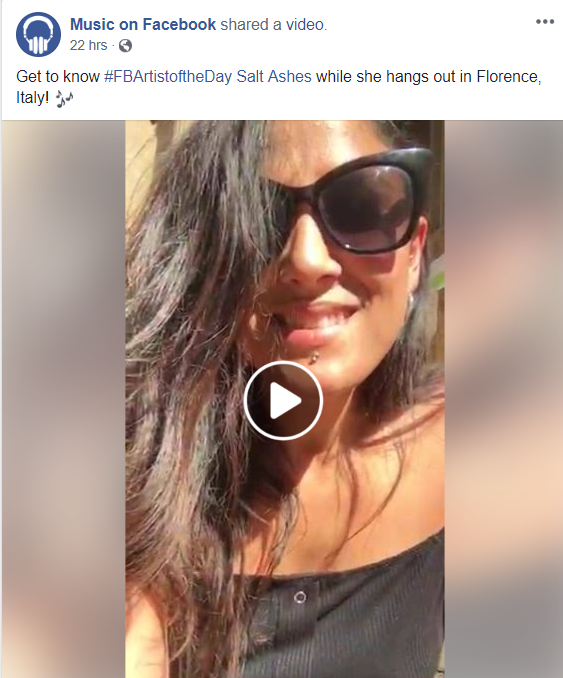 In the video shared by the social media giant’s music-dedicated page, Salt Ashes introduced herself to their followers and shared that viewers can watch her self-directed music video for her single “Girls” on YouTube, which was just released last week.  Sitting in sunny Florence weather, she also encouraged viewers to follow her social media to stay up-to-date on her new single coming out in October.

In the video, Salt Ashes shares the importance of her new music video for “Girls”:

Last week I directed and released a new music video for my current single “Girls”, which I co-wrote with Born Stranger, and it’s really important to me because it celebrates self-confidence, self-expression and individuality which are really important things to me.

Salt Ashes’ self-directed music video for her single “Girls” is out now:

“Girls” is available on these major digital music platforms: