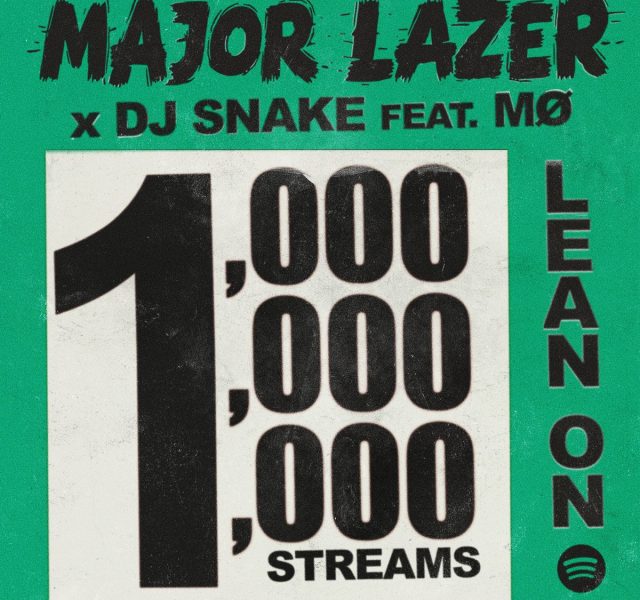 Major Lazer and DJ Snake‘s “Lean On” is being recognized as one of the most played tracks in EDM, ever. The exotic dance anthem just became the 4th song to hit 1 BILLION streams on Spotify.

The single, hailing from Major Lazer’s third studio album Peace is the Mission, completely took over 2015 and much of 2016, quickly becoming an instant classic, and working its way into mainstream play. Not only did the track put pop singer MØ on the map, it launched Major Lazer and DJ Snake both from electronic producer status to superstar hit-making sensations!

While “Lean On” was certainly on pace to be the first member of the music streaming service’s “Billion Play Club,” recent releases like Drake – “One Dance,” The Chainsmokers ft. Halsey – “Closer,” and Ed Sheeran – “Shape of You” gained even more steam early on and hit the mark sooner.