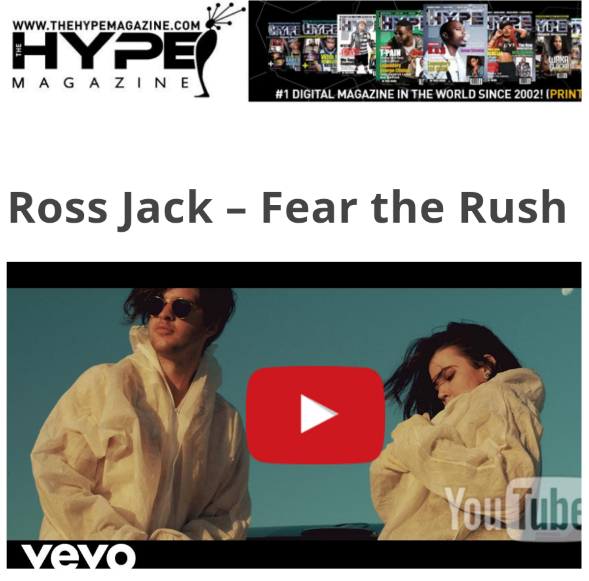 Emerging artist, Ross Jack debuted his brand new music video for his latest single “Fear the Rush,” yesterday Thursday, April 13th. The single comes from his forthcoming album ‘Self Medicated,’ which is due out on Friday, April 28th. The dark and eerie music video has been featured on The Hype Magazine. Watch the music video below, and head over to The Hype Magazine for more.

“Fear the Rush” is the perfect introduction to Ross Jack’s unique sound that combines soulful vocals with brooding, atmospheric instrumentals that showcase the melodic hip-hop that propelled him to the top of the charts in South Africa. The single was co-written by Arrow Benjamin, the co-writer and artist on Naughty Boy’s 2015 Top 10 smash hit “Runnin’ (Lose It All,)” which also featured music icon Beyoncé, and was produced by Pete Boxsta (Petite Meller, James Arthur).

“Fear the Rush” is available now along with an additional US Single Mix. The single is available for digital purchase on Amazon, Bandcamp, Google Play, and iTunes. It is also available to stream on all major streaming platforms.