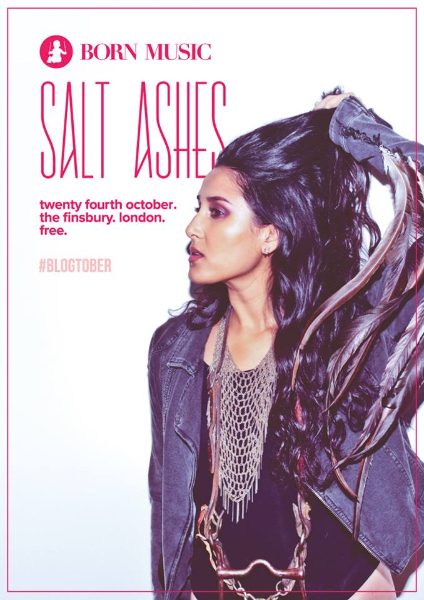 Tonight emerging singer-songwriter Salt Ashes will be performing at Blogtober Festival in London at The Finsbury. The songstress, who recently released her debut album, will be performing alongside Lulu James and Born Stranger. Admission for the show is free but you still need to have a ticket for the show. Get your tickets here!

Watch Salt Ashes full performance from her Album Release Party at Birthdays below:

Get tickets to Blogtober Festival at songkick.com