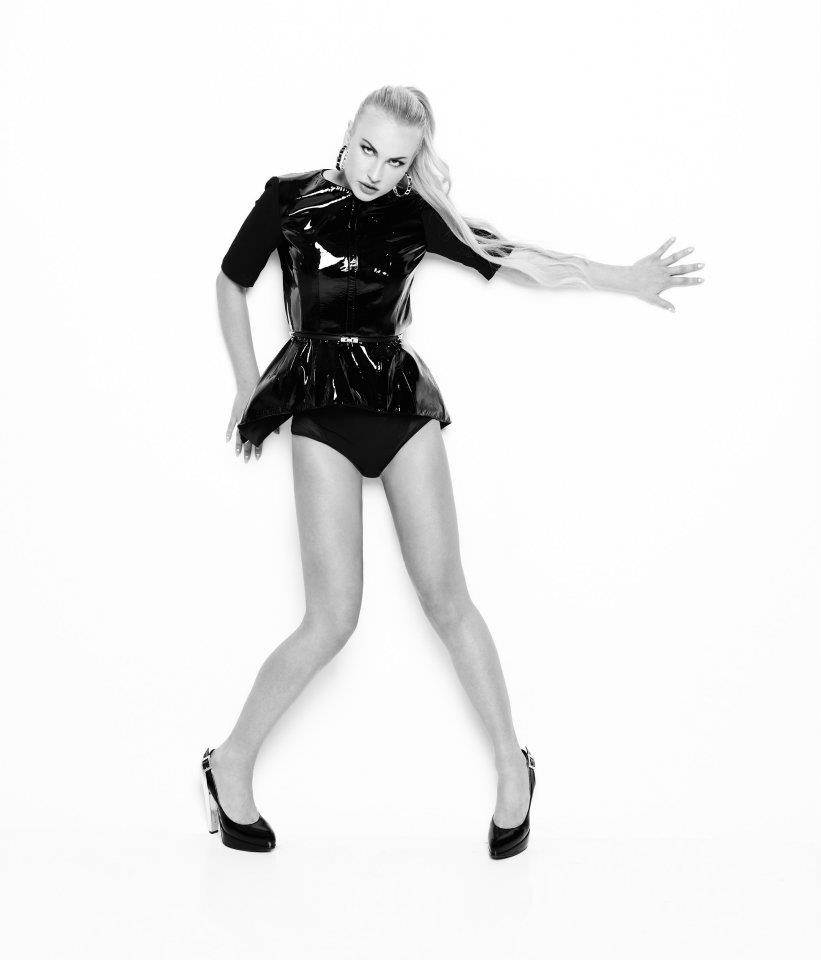 In this media-saturated age, it seems that anyone can be a pop star. But that doesn’t qualify anyone to be a great pop star. And as Kamaliya is not just a singer but also an actress and model, this Ukrainian superstar is the real deal, with a sensational voice; a singer who also plays the violin and writes her own songs. And as for that voice, as Kamaliya says herself, she’s comparable to Sarah Brightman’s operatic voice, Britney Spears’ pop singing and Celine Dion’s balladeering. Beauty might be skin deep but talent and charisma go a long way.

After becoming a household name in the Ukraine and across the Russian Federation, Kamaliya is ready to make a similar mark on the UK and the rest of Western Europe. Released in December 2011, her UK debut single “Crazy In My Heart” is a slice of giddily exciting trance-dance, produced by South East London duo Digital Dog, the go-to producers for top dance artists such as Armand Van Helden, Kelis and Cascada. With Kamaliya’s phenomenally pure, classically-trained voice matching the tidal waves of synths, the effect is euphoric, and so is her next single “Rising Up” (mixes by The Soulseekers and Cahill). With the third single, “Arrhythmia” (mixes by Mike Rizzo, WideBoys and Stonebridge) preceding her UK debut album, Kamaliya will be well on her way to making a big splash here. But she has already come so far…

Born Natalya Shmarenkova in a district of Eastern Siberia, Kamaliya was only three when her military father was deployed to Budapest. As a child, she was already singing and performing: “I got so involved, I couldn’t imagine myself anywhere else,” she says. After her family moved to Lviv in Western Ukraine, she studied the violin and sang opera while writing her own music before getting her first break with the Ukrainian folk group “Galytska Perlyna”. Top spots in national singing competitions followed through her teenage years – as well as acting and directing shows while studying at Lviv University — but the one victory that truly counted was the National Hit Parade’s Song of the Year for “Love You”.

The track can be found on her 1999 album Is It Love, which followed her first album, Techno Style 1997, recorded in, yes, 1997. Year Of The Queen and Kamaliya, With Love are her other two albums to date, which shows that Kamaliya’s version of pop is an interesting mutation of ‘techno style’ (pop-dance) with folk, power ballads and opera. While she has recorded up to 80 songs, Kamaliya has continued to reap awards, such as ‘Honored Artist of Ukraine’ for outstanding achievements in developing Ukrainian culture, and in 2008, the culmination of a number of beauty pageant triumphs by winning the Mrs World contest. She’s also done extensive charity work – in February, Kamaliya has been invited to perform at the high society WSPA event (World Society for the Protection of Animals), other artists invited are: Bryan Adams and Leona Lewis. And there’s also a blossoming acting career that’s already taken her to Hollywood.

After a handful of Russian films (including rom-com Husband Of My Widow, the tele-movie Million Up To Sky, for which she won a Best Supporting Role award, and the sci-fi drama Mantera), America called. In 2012 Kamaliya is starring in What About Love, playing the Russian wife of the US ambassador in Romania, with Sharon Stone & Andy Garcia in the cast. But Kamaliya’s music is also making waves in Hollywood: she not only appears in the new thriller Officer Down (Stephen Dorff and James Woods are among the starry cast), releasing world-wide in early 2012, but “Arrythmia” is on the soundtrack. Two other big movies the astronaut Yuri Gagarin bio-pic “Gagarin” and another rom-com “Legal Affairs” are the other two Hollywood movies planned to be shot in 2012.

Back in Russia, she’s finished filming a TV comedy, Fathers & Sons where she plays the lead.

Kamaliya has overcome lymph node cancer (her family lived in the zone affected by the radioactive fall-out from the Chernobyl disaster). And she finds the room in her life for eight dogs, two rabbits, three cats, three parrots and five horses – not forgetting her husband, British-Pakistani publisher Mohammad Zahoor. And there’s always the modelling assignments (her favourite designers include Jenny Packham, Hervé Léger, Karl Lagerfeld, Roberto Cavalli and the late Alexander McQueen), as well as live concerts: in the last year alone, Kamaliya has been on stage over 50 times, adding dance to the ever-growing list of talents. The combination of music and fashion has made Kamaliya a household name in the Ukraine. A superstar, in fact. And a fantastic pop star.

A tour in February of the top UK clubs will show the rest of the world what the Ukraine & Russia already know. Because right now, it’s not fashion or films that matter most, but Kamaliya’s new musical focus on dance music. She is an unabashed romantic – her all-time favourite song is Andrea Bocelli’s “Time To Say Goodbye” and she loves to tackle the classics – her belting version of “We Are The Champions” would even upstage Freddie. She admits her prime influences have been La Whitney, La Celine and La Brightman, and drama will always be part of her music and her appeal. But the lady that Kamaliya wants to take on is none other than Lady Gaga. Expect emotion-drenched dance music – sassy, sensual and sophisticated in equal measure. And with her formidable achievements back home, across multiple styles of music and beyond, you wouldn’t bet against Kamaliya going all the way.