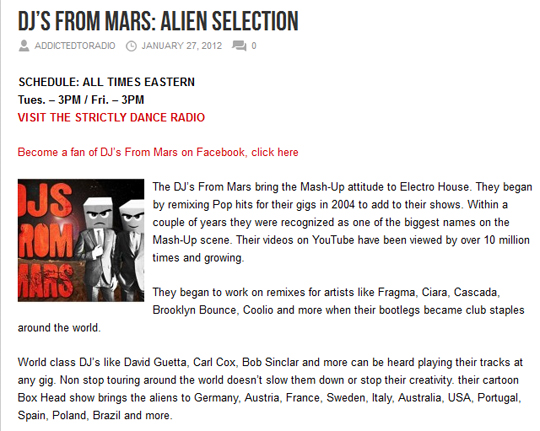 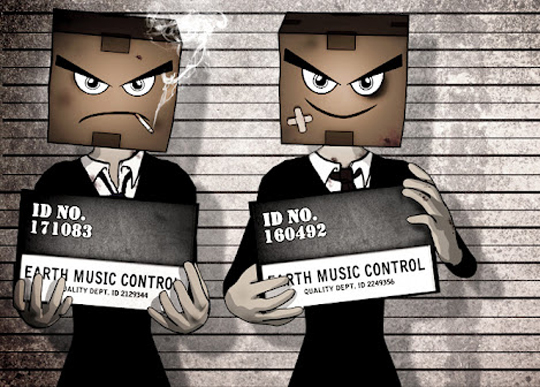 Insane (In Da Brain) is the breakthrough single from DJs From Mars featuring Fragma.  Strictly Dance Radio (powered by 1club FM) currently has the track in heavy rotation and Addicted To Radio raves,

“The DJ’s From Mars bring the Mash-Up attitude to Electro House. They began by remixing Pop hits for their gigs in 2004 to add to their shows. Within a couple of years they were recognized as one of the biggest names on the Mash-Up scene. Their videos on YouTube have been viewed by over 10 million times and growing.They began to work on remixes for artists like Fragma, Ciara, Cascada, Brooklyn Bounce, Coolio and more when their bootlegs became club staples around the world.

If you would like to purchase Insane (In Da Brain) or stream additional remixes click here. You can also check out the Music Video for the single below.